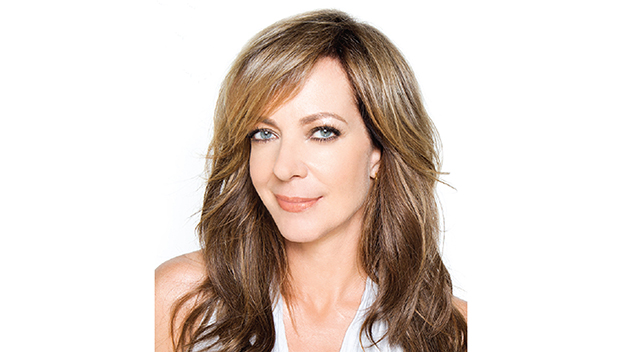 Stars from the film “Breaking News in Yuba County,” that’s currently being filmed in Natchez, have volunteered their star power to support the Natchez Little Theatre this weekend.

Directed by Tate Taylor, “A Night at the Little Theatre,” starts at 7 p.m. Saturday at the Natchez Little Theatre at 319 Linton Ave. and will star Allison Janney and a few “surprise” guests, said film producer John Norris.

Guests are asked to wear cocktail and chic attire as they are entertained by a live stage performance with Janney and her friends from the big screen with some readings, comedy and improv, Norris said.

Cocktails and hors d’oeuvres will be served.

Individual tickets start at $150 each while donations of $500 or more include a VIP meet and greet after the show.

President of the Board of Directors for the NLT Christine Borum said proceeds would be used to restore Mayweather Hall — which is adjacent to the theatre, fund summer youth programs, as well as make a few fixes inside the theatre itself.

“John Norris and Tate Taylor took an interest in our community theatre,” Borum said, “and that is where most actresses and actors get started in their careers. We’re just really grateful they agreed to do this and thankful for the stars who were willing to help. … This is a very unique fundraising opportunity for us, and as far as I know, nothing like this has ever been presented before.”

Norris said he and the cast members for Saturday night’s fundraiser found it appropriate to assist the Natchez Little Theatre where future stars are made.

Norris said he and Taylor have been filming in Mississippi since 2009 and became attached to the local talent. Then when local actor, Stacey Carden presented them with a request to help the NLT, Norris said he took the request seriously.

“Church Hill is our home,” Norris said, of a small community north of Natchez. “So when Stacey Carden called and asked if we could help with the Little Theatre I said, ‘Of course! What do you need?’ … The way I was first introduced to the entertainment business as a 9-year-old boy was seeing ‘Arsenic and Old Lace’ in our community theater, so it was really important when he reached out for us to take that seriously.”

Norris said their goal is to raise $350,000 to completely renovate Mayweather Hall into a place that could be leased to a restaurant and bar owner and provide future funding for the theater in a way that is attractive to its visitors.

“We’ve gotten letters of interest from all over,” Norris said. “Though not everyone can come to the show, a lot of people are donating money from all over the world.”

To purchase tickets, make a donation or learn more about the fundraiser, visit www.SaveNLT.com.

A Mississippian was Gloria Vanderbilt’s only true love, she…