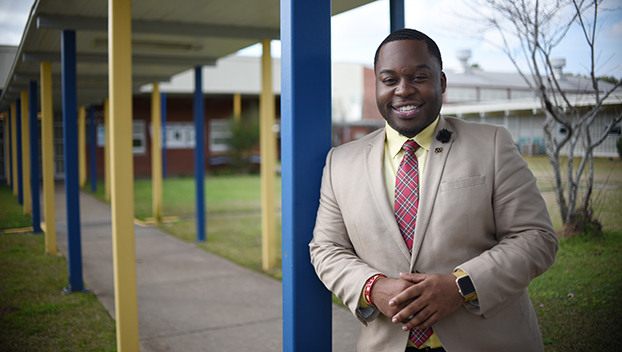 The body of a Natchez schoolteacher who had been reported missing since Sunday was found Monday morning in Ferriday and two suspects were arrested and charged with his murder, law enforcement officials said.

Concordia Parish Chief Deputy David Hedrick said Fredrick McCray Jr. died of a single gunshot wound, and his body was found hidden under a pile of wood next to an abandoned building near Bayou Levee Road and Huntington Stadium Fisherman Drive.

A second suspect, Cedric Tennessee, was arrested in New Orleans where he allegedly fled after McCray’s death.

Hedrick said Tennessee also has a warrant in Concordia Parish for first-degree murder.

Zandra McDonald, Natchez Adams School District Deputy Superintendent, said McCray had just completed his first year of teaching with the district at Morgantown Middle School and was named the 2018-2019 Teacher of the Year.

“He was an amazing teacher,” McDonald said. “He had a commanding presence in his classroom and established a solid relationship with his students and with colleagues. He had just completed an additional degree and was working on his doctorate. … His family has our condolences. Actually the entire NASD family mourns the loss of Mr. McCray and extends our services to the family. His mother is the assistant principal at McLaurin Elementary School, and we as a district share her great loss.”