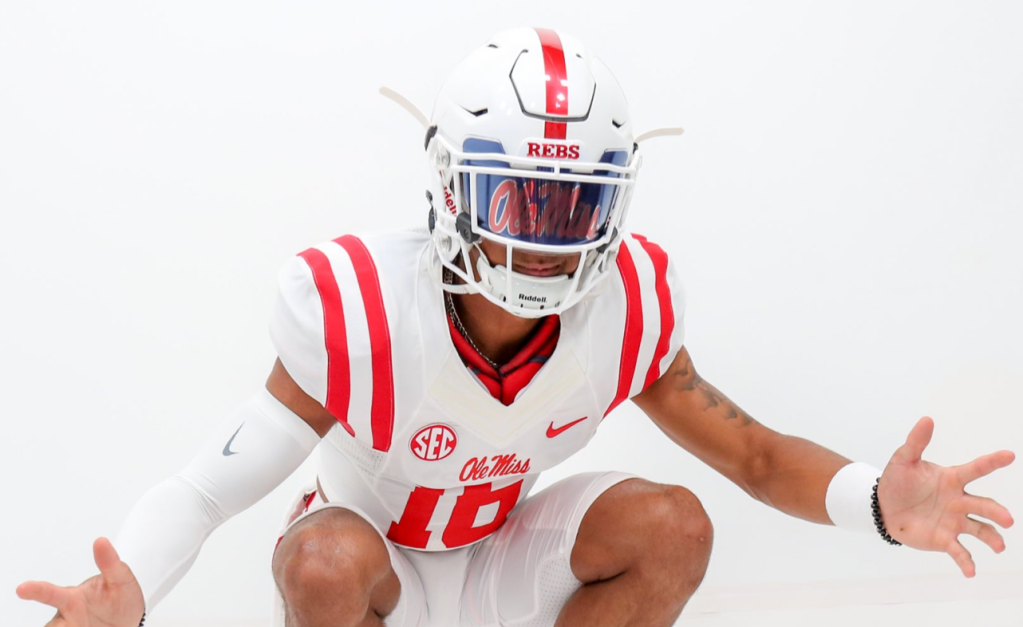 Robby Ashford poses in uniform during his visit to Ole Miss (via. Ole Miss Athletics & @robby_ashford)

A hot June on the recruiting front continues for Ole Miss football and Matt Luke.

The Rebels landed a commitment Monday afternoon from 4-star, dual-threat quarterback Robby Ashford. The rising senior took to Twitter to announce his commitment, where he also committed to play baseball at Ole Miss.

“The process was far from easy and my decision was made based on where I felt most at home, as well as which university has (my) best interest in mind academically and athletically,” Ashford said in a statement. “With that being said, I am proud to announce that I will be playing college football and baseball at the University of Mississippi.”

The commitment is just one in a plethora of a big June of recruiting for Ole Miss. Ole Miss also got a commitment from a three-star athlete, De’Rickey Wright, over the weekend. There are now 19 players committed to Ole Miss for the class of 2020, 13 of whom announced their commitments this month. According to the 24/7 Composite, the Rebels now boast the No. 16 recruiting class in the nation.

At 6-foot-4, Ashford also plays outfield in baseball for Hoover High School in Alabama. On the football side, he’s the top quarterback in the state of Alabama and the No. 7 dual-threat QB in the nation.

Last year as a junior, Ashford completed 55 percent of his passes for over 2,500 yards and 22 touchdowns. He also added over 600 yards rushing. The dual-threat quarterbacks are a great fit in what new offensive coordinator Rich Rodriguez likes to do offensively, something that likely attracted Ashford when he was on an unofficial visit to Ole Miss this past weekend.