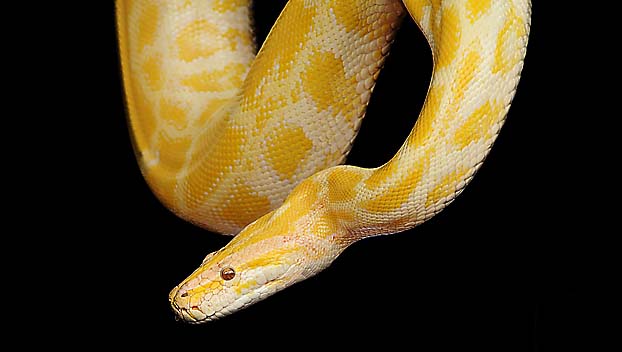 Tuscaloosa, Alabama, is known all over the world, practically at least, for one thing — the home to the perennial football powerhouse University of Alabama Crimson Tide. But for the last week T-town has been focused on a slithering problem, locating a 15-foot yellow python that’s been startling residents for more than a week.

Tuscaloosa authorities believe they’ve identified the owner of the reptile that has been the focus of a search for approximately a week since initial sightings were reported.

Local media reported that the person of interest is a local resident and that a second python was recovered at the person’s residence.

The hunt for the first snake continues. The pet snake on the run is enormous compared to most native snake species and its bright yellow color only adds to the startle-factor.

Pythons are non-venomous, instead killing their prey by curling up around it and using its strong muscles to constrict its pray.

Anyone who sees the animal is asked to call the police and report its location (so the good people of Alabama can return to their singular love – football). Alabama’s first game of the season will be on August 31 against Duke in the Chick-fil-A game in Atlantic.