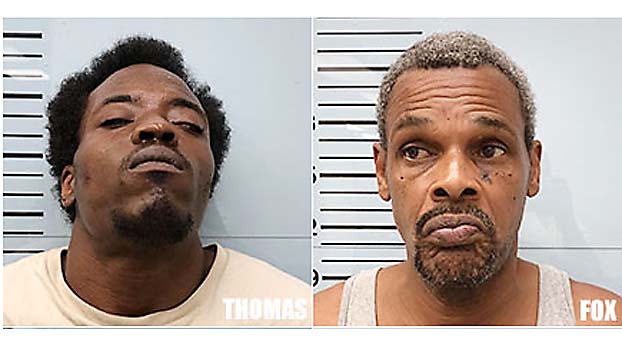 On Monday, Oxford Police received complaints that two males were attempting to solicit prostitution at a local hotel.

Investigators were able to get probable cause that Cornillius Thomas, 31 of Oxford, and Henry Fox, 56 of Oxford, were soliciting individuals for prostitution along with another individual.

The two men were arrested and transported to the Lafayette County Detention Center and were each given a bond of $15,000.