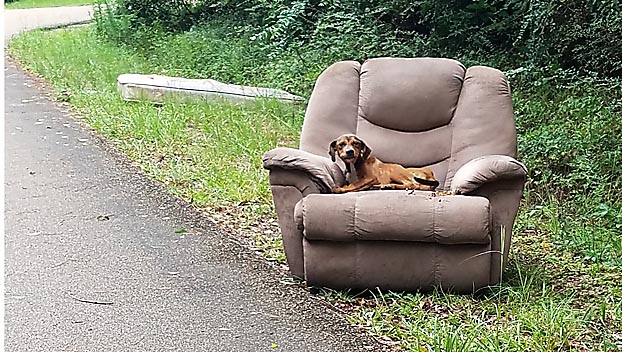 An abandoned puppy that stole hearts across the world when a photo of him sitting in a chair along a road went viral is improving and will soon be ready for adoption, animal shelter officials report.

The puppy initially refused to leave the high perch of his chair, presumably waiting on his owner to return, before Animal Control Officer Roxanne Norton eventually coaxed him down.

She posted photos of the sad sight which have captured the attention of animal lovers all around the world.

Norton has named the dog “La-Z-Boy Gatson” since he was found in a reclining chair. He’s still undergoing medical treatment, is underweight, but is improving, the Brookhaven Animal Rescue League reported last week.

La-Z-Boy is at a foster home where he’ll receive special attention until he’s ready for adoption. Several people have already applied to adopt him.