Carjacking suspect improves, ‘breathing on his own’ after shot by police 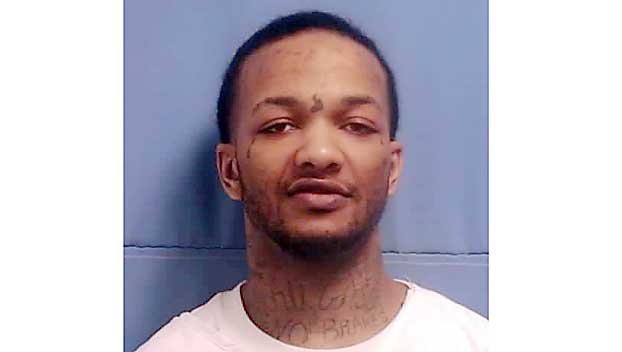 The man a Woodville police officer shot during an early Tuesday morning incident at a convenience store in Woodville is improving and able to breathe on his own, a police official said.

Gerry Byrd, 28, of Natchez allegedly shot a female, also of Natchez, as they traveled along Interstate 110 in Baton Rouge at approximately 2 a.m. and threw her out of the vehicle before taking the vehicle and fleeing north.

The female was later found wandering along the interstate and taken to a hospital with non-life-threatening injuries.

When Byrd reached Woodville, police said, he crashed into posts at the front door of a convenience store, went in with two guns and slapped a female clerk around.

Byrd was airlifted to Our Lady of the Lake Regional Hospital in Baton Rouge with life-threatening injuries, Stewart said.

“He is improving,” Stewart said Thursday afternoon. “He is breathing on his own.”

Stewart said Byrd, who had been released from the Mississippi Department of Corrections in March after serving a percentage of his 25-year sentence for a 2013 plea deal for burglary, was wearing an ankle bracelet at the time he was shot Tuesday morning.

Stewart said hospital staff reported on Wednesday the female who was shot in Baton Rouge, was doing well, and at that time and was expected to be released soon.

“I hadn’t heard anything today,” Stewart said. “(Wednesday) the head nurse said she was doing very well and might released today.”

Stewart said the convenience store on U.S. 61, has changed its hours and will now close between midnight and 4 a.m. and will have two clerks on duty during all shifts.

“I want to thank the Wilkinson County Sheriff Reginald Jackson and his staff, MBI (Mississippi Bureau of Investigation) units and Mississippi crime scene staff as well as my own department, for the work on this case,” Stewart said.

The Woodville police officer who shot Byrd is still on leave and MBI is still investigating the incident, Stewart said.

Amusement park closed by Hurricane Katrina may soon be…