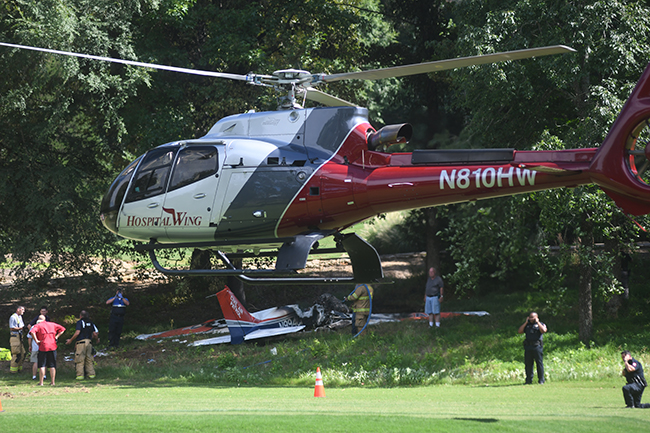 “A single-engine plane affiliated with Civil Air Patrol was performing ‘touch and go’ takeoffs and landings when it crashed Saturday around 3:15 p.m. near the 17th tee box at the Ole Miss Golf Course,” University spokesman Rod Guajardo said. “The only person onboard was a female pilot who suffered serious burns in the crash. She was airlifted to a Memphis-area trauma center, and her condition is not known at this time. No one on the ground was injured.”

The plane landed near the course’s 17th tee box. Not long after the plane hit the ground, deputies from Oxford Police Department, the Lafayette County Sheriff’s Department and the University Police Department responded to the scene.

A helicopter landed and fire truck drove onto the course to respond to the accident.

The National Transportation Safety Board and Federal Aviation Administration have been contacted and will investigate the crash, Guajardo said.

Schools struggle with best way to teach about slavery