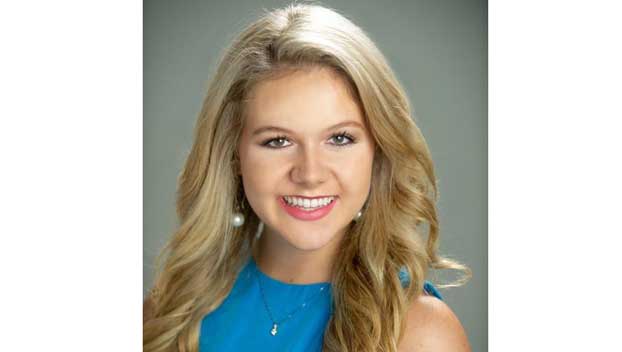 The pilot of a small airplane that crashed into the Ole Miss golf course Saturday afternoon has reportedly died of her injuries.

The Starkville Daily News reports that Lake Little, 18, of Starkville, was the victim. Little, a University of Southern Mississippi student, is the daughter of Starkville city Alderman David Little and his wife Pattie Little. Lake Little was Starkville’s representative in the Miss Hospitality pageant and scheduled to compete for the state title at the end of this month.

Little’s plane was reportedly practicing touch-and-go landings at the University-Oxford Airport which is adjacent to the golf course.

University spokesperson Rod Guajardo told media outlets that the plane affiliated with the Civil Air Patrol went down at about 3:15 p.m. Saturday near the 17th tee of The Ole Miss Golf Course.

No one on the ground was reported hurt.

Bystander Brian Scott Ripee told the Oxford Eagle’s online edition that he was near the ninth hole of the course when he saw the plane encounter trouble.

“It looked like it was landing and then aborted the landing and we saw it struggle to come back up,” Rippee said. “Then, when we were walking off the green it just fell straight down into the trees.”

News photographs showed firefighters beside the apparently charred fuselage of a red, white and blue plane, downed near some trees with its wings and tail visible. Another photo showed a medical helicopter hovering near the crash site. Reports say a fire truck drove onto the course in response to the crash and that Oxford and university police also responded along with sheriff’s deputies.

Guajardo said the National Transportation Safety Board and the Federal Aviation Administration had been notified.

The Associate Press contributed to this report.