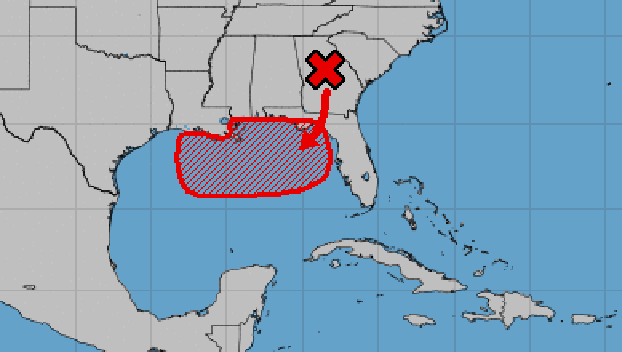 The Hurricane Center says a tropical depression is likely to form in the Gulf of Mexico by the end of the week.

Forecasters in Miami said Monday that a trough of low pressure over central Georgia is forecast to move southward toward the northeastern Gulf where a broad area of low pressure will form in a couple of days.

The forecasters say the system has the potential to bring heavy rain along the northern and eastern U.S. Gulf.

Some weather experts believe such a storm could potentially help improve conditions in the Mississippi Sound for both wildlife and people. A large influx of fresh water being dumped into the Gulf from a flood spillway in Louisiana is believed to be the cause of great stress on the Gulf animals as well as the toxic algae bloom that has caused the closure of all Mississippi Gulf Coast beaches.