Mississippi outlet mall in receivership, up for sale by bank 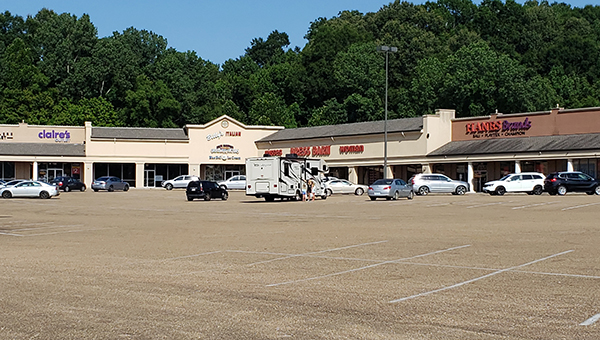 The Outlets at Vicksburg are up for sale.

Margaret Gilmer, former mall property manager and one of the members of GJSB Development Group, the local investment partnership involved in the outlet mall’s development, said Craig Realty Group of Newport Beach, Calif., the owner, developer and general managing partner of the mall, has placed the property in receivership.

“The mall is not in foreclosure,” she said. “We are looking for a new owner. The partnership agreed for it to go into receivership, and what happens there, is the bank looks for a new owner.”

She said Craig Realty owner Steve Craig turned the 97,564-square-foot property on South Frontage Road over to Key Bank in California in January.

She did not know how many letters of interest have been received.

Brian Estes with the Estes Group said the company received five letters of interest for the property.

“We did have a buyer in line and they backed out,” he said. “We’re now in talks with a few other buyers at this point.” Estes said he hopes to have the property sold by September.

“We’ve got two or three people we’re trying to work some things out with that are close,” Estes said. “We went out on a bid price. We weren’t 100 percent sure what price we wanted. Sometimes in receivership, you let people bid. You don’t always want to take the highest bid, but you want to take the best offer.”

One good thing about the property, Estes said, “is that it’s in really good condition.”

“There’s not an issue with the property that it’s fallen on hard times cosmetically or functionally,” he said. “Small outlet centers are just hard to operate these days but the good thing is the center’s in a good location, it’s in good condition; it’s been well maintained

“I think it’s viable for a lot of other uses outside of just outlet tenants. I think whoever comes in and buys this will probably turn it into a mixed use center.”

According to Gilmer, when The Outlets at Vicksburg opened in 1995, they “were 100 percent leased.”

She said the main reason for the mall’s demise was a change in the retail market that forced some retailers to stop operating outlet stores.

Slain Mississippi voting rights activist to be honored with…