Barry’s coming but you probably missed Andrea, the first storm of 2019. We did. Here’s a rundown on her and a list of storm names to come 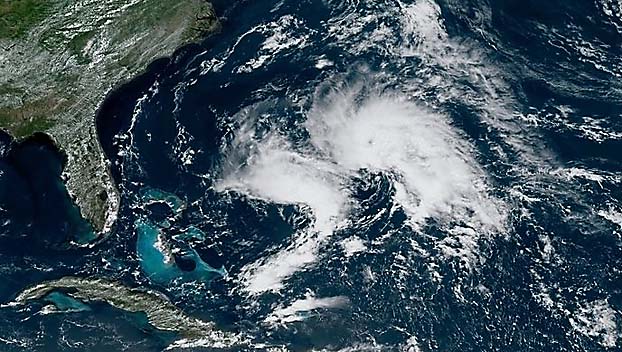 As the Louisiana and Mississippi coastal areas prepare for the arrival of Tropical Storm Barry, many residents have asked: What happened to the first storm of the year, you know the one that should start with the letter A?

Well, it would have been easy to miss Andrea, the first named storm of the 2019 season for two reasons.

First, she arrived 11 days before the June 1 start of the 2019 hurricane season, so you probably didn’t have your internal storm radar running.

She officially formed in the Atlantic Ocean and got her first-born name on May 20. Officially she was dubbed subtropical storm Andrea, due to how it was formed.

And Andrea un-ceremonially fell apart approximately 24 hours later, so unless you happened to be paying close attention, she was easy to miss.

Storm names have been around since 1953 when the National Hurricane Center started naming them. They’re now named by a group from the World Meteorological Organization.

The group uses six lists of 21 names per list. The lists are used in rotation and reused every six years. So you may have a chance to notice Andrea’s namesake again in 2025.

The group replaces names if the storm is deadly or particularly costly. No one wants to relive those kinds of storms.

On the off chance more than 21 names are needed for storms during a single season, subsequent storms are named after letters in the Greek alphabet.

The list of storm names in use for 2019 include:

Mississippi man shoots self after dropping his own pistol