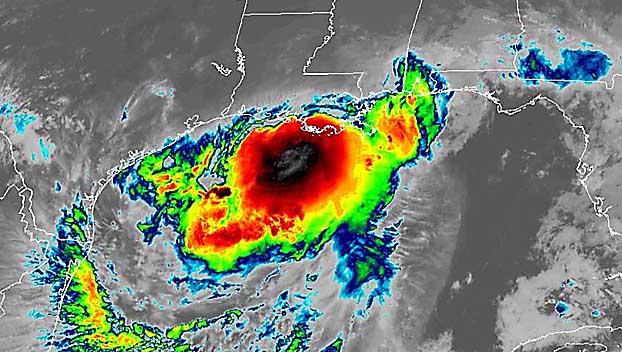 National Hurricane Center Ken Graham said Tropical Storm Barry is gathering “a big slough of moisture” just off the central Louisiana coast and is taking its time to come ashore Saturday morning, meaning “a lot of rain is on the way.”

Graham delivered a storm update using Facebook Live from the hurricane center, where he pointed to a computer screen showing a big swirling mess of airborne water.

“That is just an amazing amount of moisture,” he said. “That is off the chart.”

He said the storm is moving so slowly that heavy rain will likely continue throughout the weekend across Louisiana.

He said the highest tornado threat is on the east side of the storm, along the Mississippi coast, and Mobile Bay.

And the Mississippi River isn’t the only waterway to worry about: He says other rivers and creeks will be overflowing across several states.

Graham reminded viewers that “83 percent of fatalities from these systems have been from inland rain. So let’s stay off the roads. Let’s prevent these preventable fatalities.”