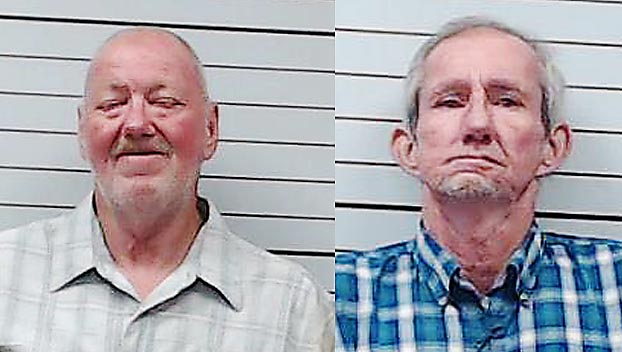 Two men, both in their 60s, are accused of trying to lure young children into their van Saturday night at a rural Mississippi dirt race track.

Lee County Sheriff’s Office deputies say they were called to the Pine Ridge Racetrack Saturday night in Guntown after the children reported the incident to adults.

“Witnesses on scene stated that their children had come to them extremely upset and told them that two men had told them to come over to their van, that, that they had stuffed animals to give them,” Lee County Sheriff Lee Johnson said. “When the children didn’t respond, one of the males chased the children as they fled.”

Deputies identified the suspects and arrested Laymond K. Palmer of Baldwyn and Daniel L. George of Mantachie. Each has been charged with attempted kidnapping.

The suspects’ van was towed and processed for potential evidence.

The sheriff said the victims’ ages ranged from 8 to 11.

Johnson asks if anyone recognizes the two men as having attempted to kidnap a child in the past to contact his office at 662-680-5766 or call 911.