Man gets lesser sentence on appeal in dog starvation case 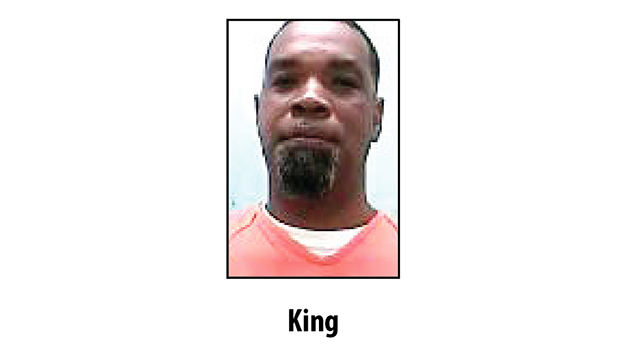 Judge Walt Brown sentenced Kelvin King, 45, to six months in jail with a $1,000 fine on a charge of simple cruelty to a dog or cat.

Karren Ewing, an Adams County Sheriff’s Office investigator, said she responded to a call on March 18 at 17 Meadow Ridge Road, where she found four kennels at the back of the property, three of which were closed with the carcasses of deceased dogs decomposing inside of them with no food or water.

The fourth kennel had been opened, Ewing said, and the dog that had occupied it appeared to be malnourished and had been wandering free throughout the neighborhood.

King originally received a six-month jail sentenced and a fine of $2,500 in April after he pleaded guilty to starving the animals in Adams County Justice Court with Judge Eileen Maher presiding.

King later appealed his sentence to a higher court and received a new trial under a standard court practice known as a “trial de novo,” and Wednesday’s ruling was the result of that appeal.

King said he moved in January and housed his dogs at his sister’s vacant property on Meadow Ridge Road and asked a local man, whom he only knew as “Mr. Black,” to care for the animals in his absence.

King also said he stayed in contact with Black over the phone and gave him money to buy food for his dogs and believed they were being taken care of until a relative called and informed him the sheriff’s department was at the residence.

Defense Attorney, Timothy Blalock said no one could prove that King was the one who intentionally starved the animals.

“No one is disputing the fact that these animals were starved,” Blalock said, “but there is no evidence to prove that Mr. King is the one who did it.”

Before sentencing King, Brown cited Section 97-41-16 of a Mississippi Code, passed in 2013, which states:

Brown said he believed King may not have maliciously and intentionally starved the animals but did show negligence when King, while still living in Adams County, seemingly made no effort to make sure they were being cared for.

“If you proclaim that you loved these animals, I find it hard to believe that you wouldn’t go to check on them from time to time,” Brown said. “Now, does that crime rise to the level on malice? No, but I do believe it rises to the level of negligence.”