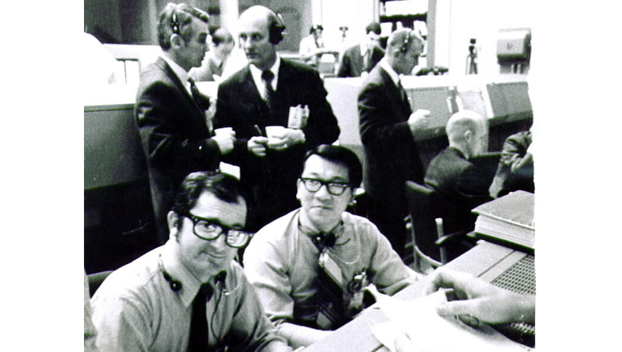 William "Bill" Moon, seated in center of photo was the only Chinese-American in Mission Control Center during the Apollo missions.

Cleveland, Mississippi, native William “Bill” Moon was reportedly the only Chinese-American inside the Mission Control Center in Houston during the Apollo missions.

He worked as a flight controller. Moon, the son of Chinese immigrants, worked in his family’s grocery store starting at a young age.

He graduated from Mississippi State University.

He stayed with the Mission Control team into the early Space Shuttle flights.

No. 5, NASA mathematician Josephine Jue, click here for her story.