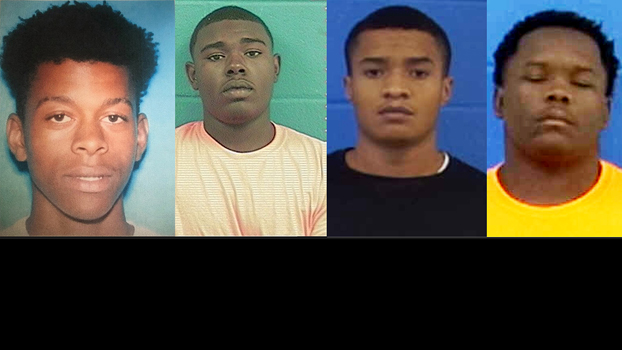 Police have arrested one of four men they sought after a Saturday night burglary that ended with a homicide.

Jatavious Berry, 19, of Brookhaven, has been charged with capital murder in connection with a homicide and burglary on Mason Road Saturday.

Brookhaven police, with help from the public, identified four men wanted for questioning in reference to a homicide and burglary on Mason Road Saturday.Lincoln County Coroner Clay McMorris confirmed a homicide but could not release any details at this time.

Police are still looking for Shawan F. Allen and Adrian D. Smith, both of Brookhaven, and Justin Anderson of Natchez. Anyone with information about their whereabouts is asked to call BPD at 601-833-2424.

WLBT-TV reported the victim was Zariah Antel Newton and that she and her boyfriend received an alert, presumably from the security camera system that captured the video police released, that someone was breaking into their home. When the pair arrest, the burglars were still inside the house.

A Lincoln County jury in May found Anderson, 24, not guilty of first-degree murder in the 2017 shooting death of Billy Ray Thomas Jr. after 40 minutes of deliberations in a three-day trial. Thomas was killed in November 2017 as he was leaving the Oasis Club on South First Street.

They also came back with a verdict of not guilty for the aggravated assault charge against Anderson for the alleged shooting of Joshua Thomas, who was standing in front of his cousin as they exited the club that night.

Police posted surveillance video taken inside a residence that appears to show all four men, at least two with guns, searching through the house.