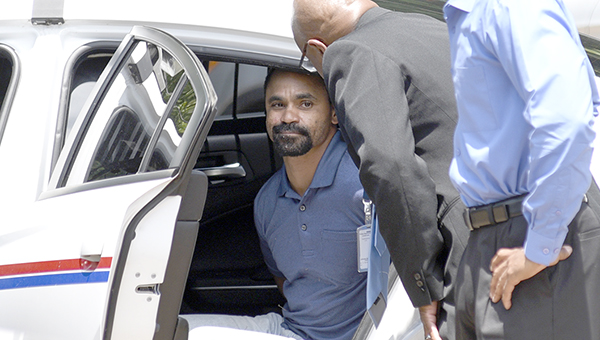 A Farmerville, Louisiana, man facing an armed robbery charge in Vicksburg is now wanted in the death of his girlfriend.

According to an article in The (Monroe, La.) News Star, the Union Parish Sheriff’s Office has issued a warrant charging Andre Durant Walker, 38, with second-degree murder in the death of his 35-year-old girlfriend, Marie Sanchez Cardin of Bernice, La.

Cardin’s body was found at Walker’s home in Farmerville on Tuesday.

Vicksburg Police Lt. Johnnie Edwards said Union Parish authorities contacted Vicksburg officials Tuesday afternoon about the murder charge, and were expected to come get Walker and take him back to Farmerville. Walker was expected to have an initial appearance on the robbery charge Wednesday.

Farmerville is located about 40 miles northwest of Monroe, La.

He was arrested shortly before 1 p.m. at the Greyhound Bus Station on South Frontage Road and faced charges of armed robbery and possession of a firearm by a convicted felon.

Walker is accused of entering the Quick Mart, 3600 Washington St., at 7:29 a.m. Tuesday, brandishing a handgun and demanding money. He reportedly took an undisclosed amount of money from the cash register and fled on foot.

Edwards said the arrest was the result of a tip phoned in to police by a person who saw Walker at the bus station. The caller said they recognized Walker from a photo in a press release on the robbery issued by police.

The clerk was not injured and no one else was in the store.