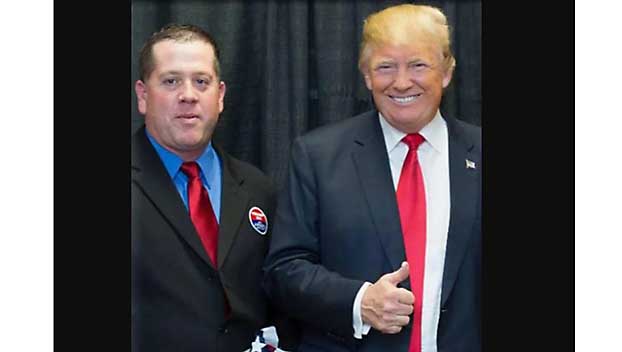 A north Mississippi candidate for county supervisor has come under fire recently after his involvement in a pending discrimination lawsuit against his family’s companies surfaced.

Kendall Prewett is running as a Republican seeking the District 4 seat on the DeSoto County Board of Supervisors.

His campaign website prominently features a photo of Prewitt and President Trump. The site touts Kendall’s business experience as a key in his campaign.

“Kendall L. Prewett has never been afraid to push the boundaries of what is possible!” the site reads. “He is a business raven that has worked hard to build a strong and trusted reputation throughout the MidSouth!”

Prewett is prominently featured in a federal lawsuit the EEOC filed last fall against his employer, the two companies that his family owns and operates.

The lawsuit alleges the companies — B&P Enterprises and DeSoto Marine – repeatedly violated the civil rights of black employees through unlawful practices. The two companies operated out of the same building in Walls, Mississippi.

Kendall Prewett and other company workers are accused of inflicting “daily racial harassment” to eight black employees since 2014.

The EEOC alleges the companies’ management gave black employees more dangerous jobs and routinely used derogatory language toward them including the N-word and referring to them as “monkeys.”

The company’s lawyers filed documents in court denying any wrongdoing. The matter is scheduled to go to trial on September 14.