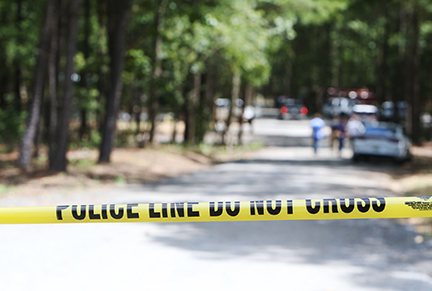 Multiple jurisdictions work the scene of a fatal plane crash at a park along Robert Cardinal Airport Road across from the Tuscaloosa Regional Airport in Northport, Ala. on Sunday, Aug. 14, 2016. Tuscaloosa News Staff Photo/Erin Nelson

The family of a Mississippi couple killed in a 2016 plane crash in Alabama have filed a federal lawsuit alleging federal air traffic controllers give late and false information to the pilot which led to the accident which killed all six people on board.

The six were killed August 14, 2016, when their small airplane lost power over Alabama as the three couples were in route to Oxford, Mississippi, after a dental convention in Florida.

Husband and wife dentists Jason and Lea Farese, along with dentists Michael Perry and his wife Kimberly Perry and dentist Austin Poole and his wife, Angie Poole, were all killed when the Fareses’ plane crashed just short of the Tuscaloosa, Alabama, airport, reported The Tuscaloosa News newspaper.

The Perry’s estate filed the lawsuit alleging that pilot Jason Farese was given delayed and incorrect information by air traffic controllers when the airplane had problems.

Federal investigators officially listed the cause of the crash as pilot error and said pilot Jason Farese lacked property training.

The lawsuit, however, alleges that when pilot Farese alerted them that he was in trouble and sought to be diverted to the nearest airport, air traffic controllers incorrectly told Farese he was 9 miles closer to the Tuscaloosa airport than he was.

Ultimately, the airplane crashed into the ground approximately 550 yards short of the Tuscaloosa runway.

The lawsuit said the 9-mile error was “catastrophic.”

Further the lawsuit claims the air traffic controllers did not treat the incident as an emergency soon enough, immediately instructing Farese to maintain his altitude, which may have ultimately curtailed his ability to glide the powerless airplane to the runway, the lawsuit alleges.

The lawsuit seeks $24 million that would go to the couple’s three children.