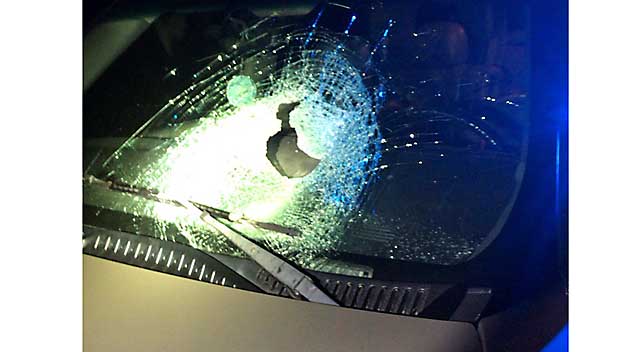 Natchez Trace Parkway rangers are investigating a road rage incident that occurred earlier this week on the Natchez Trace.

On July 29, 2019, at approximately 9:21 p.m., a juvenile was driving south on the Natchez Trace Parkway near the new Highway 6 overpass in Tupelo, Mississippi, when a brick was thrown through his windshield.

The juvenile suffered a large laceration on the top of his head, but escaped serious injury. The suspect vehicle is a late 1990s or early 2000s sedan, either tan or gray in color.

Anyone with information on this incident should contact the Natchez Trace Parkway emergency line at 1-800-300-PARK.

This is the second reported road rage incident in the past two weeks on the Parkway.

The first occurred on July 20, at approximately 11:30 am, when a driver displayed a handgun and fired several shots near mile post 295. The suspected shooter, Jesse Gambrel of Blue Springs, Mississippi, was arrested and charged with reckless driving and brandishing a firearm.

“We are very concerned about these types of incidents,” said Chief Ranger Sarah Davis. “Both of these confrontations could have resulted in more serious injuries or even death. We hope the public will help us catch the person or persons responsible for the juvenile’s injury.”

Rangers remind the public that reckless drivers should be reported to the Communication Center by calling 9-1-1 or 1-800-300-PARK. The public should avoid confronting reckless drivers as situations can escalate in unexpected and unpredictable ways.