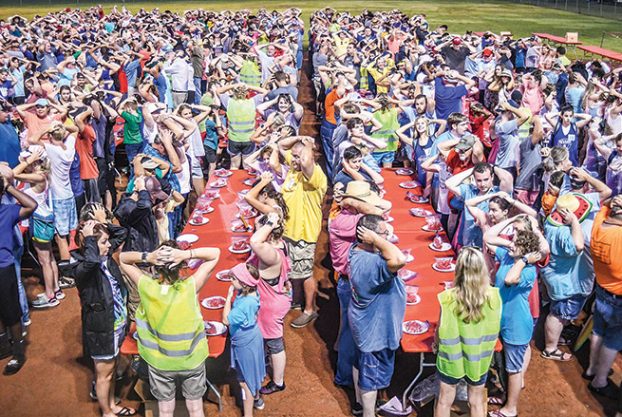 The small Mississippi town of Water Valley held the 50th Watermelon Carnival this past weekend, and to commemorate the milestone, etched the town’s name into the record books.

Residents of Water Valley, along with visitors from across the country, descended upon the Crawford Sports Complex Saturday night to form the world’s largest watermelon-eating contest, unofficially setting a new Guinness World Record.

The town of Safety Harbor, Fla., which had 259 people eat watermelon simultaneously during an event last summer, holds the current world record. The unofficial number of people who ate watermelon in Water Valley on Saturday night is 754, but event organizers anticipate the official number could drop by around 15 due to various reasons, including participants leaving during a summer storm that popped up prior to the event.

Eubanks said that while most participants were from Water Valley, the contest did have people from as far away as Las Vegas and New York in attendance.