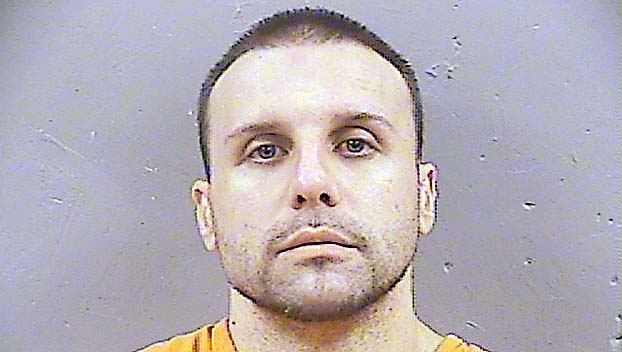 A man charged with killing three people at a Jackson pawn shop was sentenced to life in prison on charges of trying to escape prison as a violent, habitual offender.

On Monday, Joshua Garcia was sentenced to life in prison without the possibility of early release or parole, District Attorney John K. Bramlett Jr. said.

Garcia is also currently charged with the homicide of three employees of a Jackson pawnshop that occurred in December 2016. He fled the Jackson area after the murders and was located by U.S. Marshals in Kansas and placed in the Leavenworth Correctional Facility. There, guards found a handcuff key located in Garcia’s rectum.

Garcia was unable to get through the wire and quickly taken back into custody by officers.

Garcia had torn the sheets from his bed and tied his jail issued flip flops to his feet. He had also padded his socks with strips of his jumpsuit and placed them on his hands in his attempt to get through the razor wire. He was indicted by a Madison County grand jury for attempted escape as a violent habitual offender.

Garcia still has to face the three murder charges through the U.S. Attorney’s Office where there is a possibility he will face the death penalty for those charges.

“Joshua Garcia is a very dangerous person,” Bramlett said. “He is accused of killing three innocent people in Jackson, evaded law enforcement after the murders, attempted to escape in Leavenworth, and then tried to escape from the Madison County Detention Center.

“Thankfully our detention officers are well trained and were able to stop him from escaping. He will now spend the rest of his life in prison.”