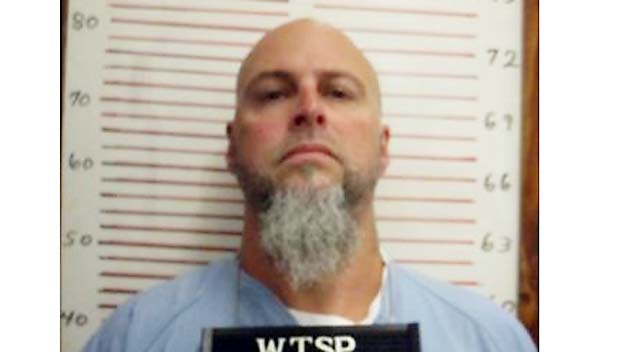 Curtis Ray Watson was discovered missing about 11 a.m. Wednesday, several hours after he was seen near the house at West Tennessee State Penitentiary where 64-year-old employee Debra Johnson lived, according to an affidavit from the Tennessee Bureau of Investigation filed Thursday.

Watson, 44, had been released temporarily for mowing duties at 7 a.m. earlier that day, and had access to a golf cart and a tractor. As a “trusty” at the prison, he was allowed to use the equipment and had to wear a reflective vest while working on prison grounds, the affidavit says.

Phone records show Johnson was talking on the phone at 8:10 a.m., just 20 minutes before corrections workers saw Watson in a golf cart at her house, according to the affidavit. He drove away from the prison sometime between 9 and 10 a.m. on a tractor, the affidavit says.

When Johnson didn’t show up for work, co-workers discovered her body at her home at 11:30 a.m., according to the affidavit, which notes that agents found a cord wrapped around Johnson’s neck. The medical examiner declared her death a homicide by strangulation, the affidavit says.

According to the affidavit, the tractor was found about a mile (1.6 kilometers) from the prison in Henning, located about 50 miles (80 kilometers) northeast of Memphis.

Authorities continued an intense manhunt for Watson on Friday, setting up roadblocks and searching the farms, fields and woods of West Tennessee. Officials have asked residents who live in the search area to check for missing food, vehicles or weapons.

Authorities are offering a $52,500 reward for information leading to Watson’s capture. They said it’s possible he left the state.

Watson is serving a 15-year sentence on a conviction of especially aggravated kidnapping in Henry County. His sentence began in 2013 and was set to expire in 2025, officials said.

Watson had previously been convicted of aggravated child abuse in Carroll County. His sentence in that case expired in 2011, officials said.

Johnson, the slain administrator, had been a state employee for 38 years. She oversaw wardens at several area prisons, corrections officials said.