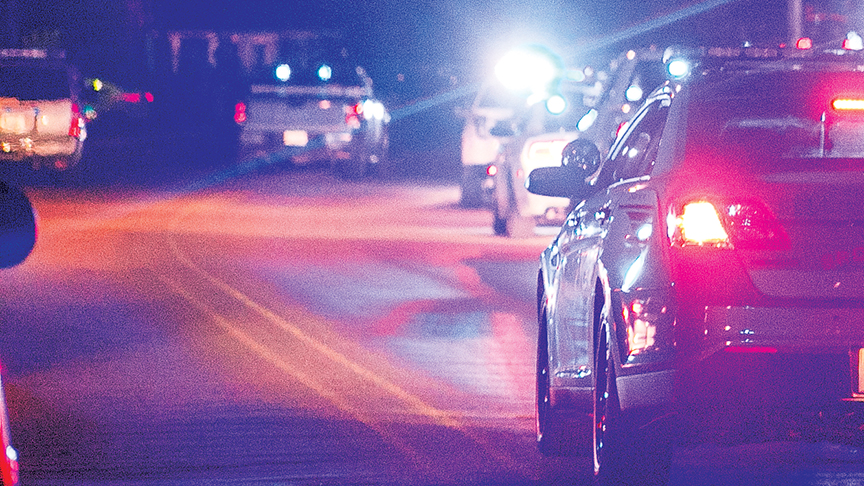 A curfew could be an answer to a problem plaguing Brookhaven’s streets after dark — young offenders who act like adults.

The chief said the youngsters in the city don’t have a concept of death and they’re armed either with pistols and assault rifles or toy guns that look real.

“We’ve come close to shooting a child before with a toy gun because they’re not listening,” he said.

Collins said too many minors are out on city streets when they should be at home and a curfew could curtail some of the criminal activity committed by children.

“They should be in the house. Somebody should be responsible for them,” he said.

He has been studying the policy that Vicksburg has used since 1995. It allows for parents to be fined, starting at $25 for the first offense, and possible community service, if their child is caught breaking curfew. In Vicksburg, it’s midnight on weekends and 10 p.m. on weeknights, although there are a few valid exceptions like traveling home from work.

“I don’t know if a curfew will be the answer,” he said. “I don’t know what we need to do but something needs to change because they’re out cussing my police officers because they know you can’t do anything to them.”

“We had a lady on Congress Street shoot at one two times through the windshield. He dropped her purse. But she could have killed him, but her gun jammed,” he said.

Collins could not say if the suspect was a minor.

“We’re dealing with a group of thieves, kids. I’m dealing from 9 and up,” he said. “They’re steady breaking in, burglarizing people’s houses. The first time somebody shoots one of them, then it’s going to be a problem but they’re constantly doing it. The laws are where, there’s only so much you can do to them because of their age, unless they commit a crime with a weapon, and by that time it’s too late. It’s just as frustrating for us as it is the public, for this same group of kids are stealing every day. And we’re catching them every day.”

Collins said minors who are arrested are sent to the Adams County Juvenile Detention Center.

“And guess what they do? They make friends and they’ve got their little buddies coming here from Natchez,” he said. “They’re getting the criminals from Natchez and they’re bringing them here from the school. We’re just doing the best we can with the laws that we have.”

“Are adults sending these young kids in to do these jobs because they know, due to their age, they will more than likely not be prosecuted?” he asked.

“That’s some of it,” Collins said.”But you also have whole families stealing. You know, they have these kids and they’re throwing them up on the world and we’re at their mercy. The teachers can’t do anything with them. I don’t know. We’ve got ankle monitors on some of them and they’re still stealing. You can look on the computer and watch every place they’ve done broke into.

“Some parents are trying to do the best they can. We’re doing the best we can. I don’t know what the answer is.”

“There’s been a lot going on there,” he said.

“We’re on Crooked Lane all the time,” Collins said. “They’ve got more hours than we’ve got. They’re up all night. They sleep all day and they plunder all night long.”

During the summer break, it’s midnight to 6 a.m. each day.

It’s unlawful for a parent of a minor “knowingly permit or by inefficient control” to allow the child to be out past curfew.

The policy says it is intended to continue “to keep neglectful or careless parents up to a reasonable community standard of parental responsibility through an objective test.”

There are a few valid exceptions to the curfew, such as children accompanied by parents or authorized adults.

• Minors traveling to and from work must travel directly between home and the place of employment.

• Minors traveling home from a school, religious or voluntary association activity must travel directly between home and the event location.

• Minors traveling from a place of public entertainment, such as a movie, play or sporting event, must go directly from home and the event location.

• Minors past curfew because of a reasonable necessity or on an errand at the direction of the minor’s parent or guardian, without any detour or stop.

• Minors on the sidewalk in front of the minor’s home, or the home of a neighbor.

• Minor on public property in the event of an emergency at the minor’s home or to his or her family and the minor is seeking help.

According to the policy, the police officer asks the apparent offender’s age and reason for breaking curfew. The officer won’t issue a citation unless the officer believes the offense has occurred. If it’s determined the minor broke curfew with no exception, the child is taken to the police department and the minor’s parents are contacted.

Minors receive one warning. If there is a second warning issued, it becomes the parent’s first offense and the parent can be charged $25. For each subsequent offense, the fine may be increased by a doubling factor, $50 for second, $100 for third, $200 for fourth, etc. The court may also order the parent to perform community services in lieu of a fine, from five to 50 hours.