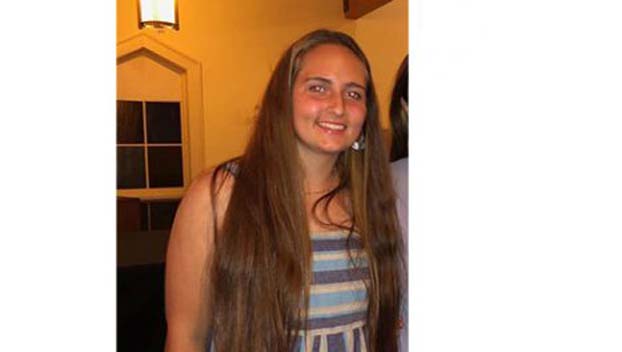 Authorities in Oxford, Mississippi, say one of the 11 children who lost their parents in a tragic 2016 airplane crash is missing, on the eve of the third anniversary of the fatal accident.

Police are looking for 16-year-old Sarah Perry, who was seen at her high school this morning, then disappeared. Her phone is turned off and thus cannot be tracked.

Perry, is the daughter of two of the six people who were killed in a tragic plane crash on August 14, 2016, three years ago tomorrow.

According to the Oxford School District, Perry was last seen on the OHS campus when she was dropped off for school Tuesday morning. A school administrator saw Perry in the cafeteria prior to first period, but she did not report to class.

The Mississippi Bureau of Investigation issued an Endangered/Missing Child alert for Perry around noon on Tuesday. The alert states she was last seen on the OHS campus at approximately 9 a.m.

Perry is wearing a black, long-sleeved OHS pullover and shorts. She has not logged into her district computer since Monday, per OSD, and her cell phone is currently turned off and unable to be tracked.

An Amber Alert has not yet been issued, but state authorities are currently running through proper protocol.

If anyone has any information regarding Perry’s whereabouts contact the Oxford Police Department at 662-232-2400.

Dr. Michael Perry and his wife, Kim, were among six people who were killed when a small plane crashed near the Tuscaloosa, Alabama, airport, en route back to Oxford, Mississippi.

Dr. Perry, of MidSouth Dental Implants & Periodontics in Oxford, graduated from Ole Miss and was a member of Kappa Sigma social fraternity. He graduated from the University of Mississippi School of Dentistry. Kim Perry was a nurse practitioner and worked at Ole Miss. Michael and Kim Perry are survived by three children.

Just a day after the crash, Sarah Perry, then an eighth-grader, took the time to write down some thoughts that tugged at the heartstrings of thousands. You can read it here.

Perry was one of 11 children who lost their parents in the airplane crash, an event with shocked the Oxford community.

Authorities searching for 16-year-old who disappeared after being dropped…