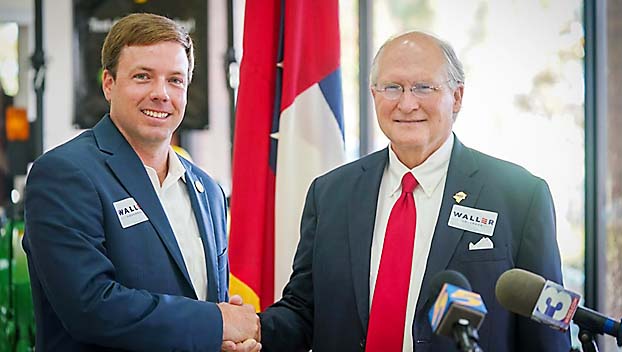 “There are obviously some supporters of mine who had their mind made up to go one way for their second choice already,” Foster said in an announcement in his hometown of Hernando, joined by Waller. “But there are a lot of people out there, there are thousands and thousands of people out there in the state of Mississippi right now trying to made a decision on this election that supported me.”

Foster and Waller have both said Mississippi should consider paying for highway improvements by increasing the gasoline tax and reducing other taxes. Both also said the state should allow the working poor to purchase Medicaid coverage, which would require federal approval. Reeves opposes those ideas.

“We are not last place for no reason at all,” Foster said. “We have policies in Jackson that keep us in last place, and there are some things that we can change in Mississippi.”

Waller said he would welcome Foster as an adviser.

Republican Gov. Phil Bryant could not seek a third term, and he is supporting Reeves.

Foster last week won his home county of DeSoto, just south of Memphis, Tennessee, which is a Republican stronghold and for years has been the state’s fastest-growing county. Foster also won Tate County, just south of DeSoto.

Waller prevailed in Lafayette County in north Mississippi, Leflore and Sharkey counties in the Delta and the three counties in the metro Jackson area: Hinds, Madison and Rankin. Reeves had strong showings in Hancock, Harrison, and Jackson counties, and also won in some others.

Mississippi, Louisiana and Kentucky are the only states electing governors this year. Republicans have held the governorship in Mississippi for 24 of the past 28 years.