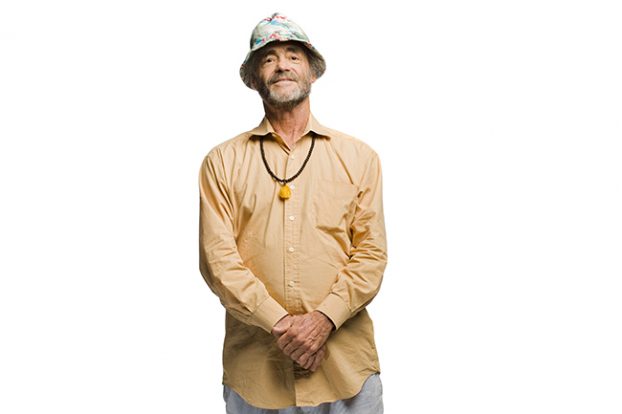 Ron ‘Ronzo’ Shapiro passed away at the age of 75, after succumbing to his battle with cancer.

Shapiro himself handpicked the nickname ‘Ronzo,’ because it rhymed with gonzo journalism, and because of its uniqueness and was a nickname that stuck for decades.

Born in St. Louis, Mo., Shapiro ended up in Oxford after spending time in Jackson Hole, Wy., where he ended up after two years serving in Korea during the Vietnam War. While running a movie theater in Wyoming, his girlfriend at the time, who was attending the University of Mississippi, convinced him to move to Oxford. Shapiro came to Oxford and never moved again.

“I moved here because I was impressed with Southern girls,” Shapiro told The EAGLE previously.

Due to the lack of a decent movie selections, Shapiro took it upon himself to provide another option of entertainment. He found an old building, renovated it and created The Hoka Theater in the late 1970s, where he showed independent films that were not being offered at the local movie theater, until it closed in 1997.

Shapiro always thought about reviving The Hoka in Oxford, but nothing ever came to fruition. Instead, Shapiro supported Oxford’s ever-growing arts scene and helped cultivate it into what it is today.

In July, the Oxford Film Festival renamed the Documentary Feature award the “Ronzo,” with Shapiro’s blessing. The festival announced on Twitter that next year’s event will be in Shapiro’s honor, “celebrating his spirit.”

Oxford’s days will not be the same without Shapiro being seen riding his bike around town and through the Downtown Square. Earlier this month during the Art-er Limits Fringe Festival, photographs of Shapiro were projected onto the water tower behind the Oxford Park Commission office, celebrating and honoring one of Oxford’s most beloved figures.