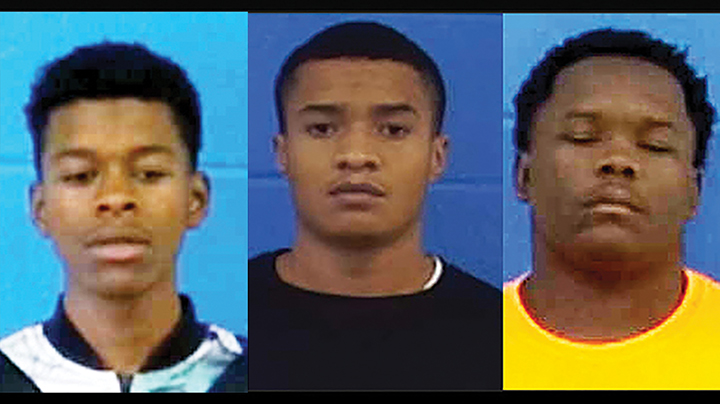 On the night his girlfriend was fatally wounded after she surprised intruders in their home, Javian “J.J.” Richardson hid in the bushes and played dead.

That’s according to testimony Brookhaven Police detective LaToya Beacham gave in municipal court Tuesday as she described the night 21-year-old Zaria A. Newton died at King’s Daughters Medical Center. The woman was shot to death July 20 during a burglary at her home on Mason Road.

Beacham signed the affidavits charging three men with capital murder in connection with Newton’s death and was the only officer called to the stand Tuesday. In unusual circumstances, she repeated her testimony three times — once for each of the preliminary hearings.

After the end of each of the three separate preliminary hearings, City Judge Brad Boerner ruled there was probable cause for them to be bound over to the grand jury.

It will be up to the Lincoln County grand jury, which typically meets a few times each year, to decide if any or all of the trio should be indicted for Newton’s murder.

Boerner also kept the bonds the same for each defendant.

At initial appearances held July 30 for the three men, he set bond for $2 million for Adrian Smith, 18, of Brookhaven, because he considered him a flight risk. Smith was arrested at the Evers International Airport by the Jackson Municipal Airport Authority July 22.

Sheriff who resigned after losing primary election under scrutiny…