Man charged with child abuse after girl claims he threw her across room, choked her 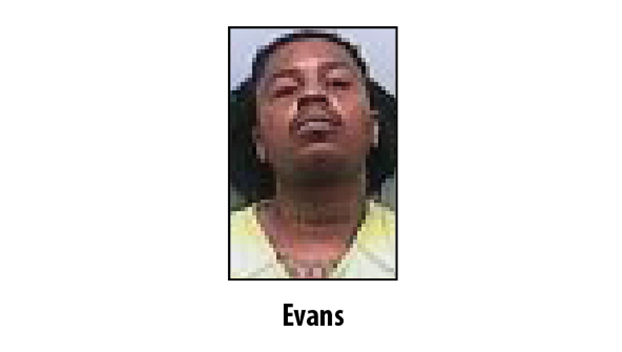 An Adams County man is being held on a $750,000 bond after being charged with child abuse and battery causing bodily harm, Adams County Sheriff’s Office officials said.

On Tuesday morning Judge Anthony Heidelberg set bond for Carl Evans, 33, at $750,000 on the charges that stem from an Aug. 7 incident, officials said.

“On Aug. 7, we had a citizen call from the Broadmoor area and said she found two children walking down the road — a 10-year-old and a 4-year-old,” said Jerry Brown, Adams County Sheriff Office chief deputy. “This was about 9:30 in the morning. They were trying to hitchhike, and she stopped and talked to them. They said they were running away from home, and they were going to their grandmother’s house.”

Brown said deputies were dispatched to the scene and the Department of Human Services was brought in since the children were running away from home.

“They said they were running away from home because they were in fear for their lives from their mom’s boyfriend, which is Carl Evans,” Brown said. “DHS got involved and set up an interview with the children and the children disclosed that Carl Evans had been physically abusing them as well as their mom. They were afraid of him, and she went into details about certain incidents that happened where he picked her up and threw the 10-year-old across the room and just choked her and physically abused both of them. This happened over a period of time, according to the children.”

Evans also has a pending indictment on two counts of convicted felon in possession of a firearm, Brown said. Evans’ felony conviction was in October 2007 for distribution of cocaine in LaFourche Parish, Brown said, for which Evans was sentenced to seven years in the Louisiana Department of Corrections.

Brown said DHS placed the children in the custody of other family members.