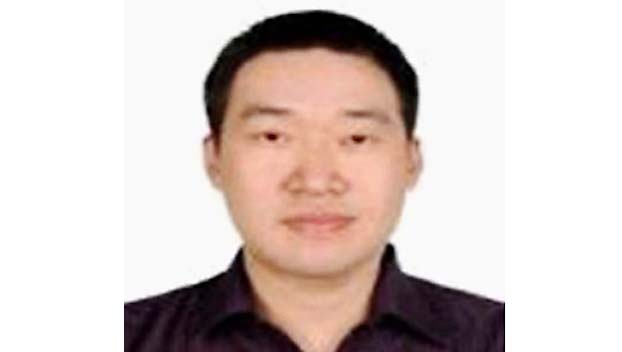 U.S. Attorney Mike Hurst announced Thursday that Xiaobing Yan, a Chinese National indicted in the Southern District of Mississippi, has been designated by the U.S. Department of the Treasury as a significant foreign narcotics trafficker pursuant to the Foreign Narcotics Kingpin Designation Act (Kingpin Act).

Xiaobing Yan was indicted in the Southern District of Mississippi on September 7, 2017. He is the first manufacturer and distributor of fentanyl and other opiate substances to be indicted in the history of the United States while being designated as a Consolidated Priority Organization Target (CPOT). CPOT designations are those who have “command and control” elements of the most prolific international drug trafficking and money laundering organizations and are considered by DEA to be some of the most significant drug trafficking threats in the world.

Yan is charged in the Southern District of Mississippi with two counts of conspiracy to manufacture and distribute multiple controlled substances, including fentanyl and fentanyl analogues and seven counts of manufacturing and distributing the drugs in specific instances.

According to the indictment, Yan, a distributor of a multitude of illegal drugs, used different names and company identities over a period of at least six years and operated websites selling acetyl fentanyl and other deadly fentanyl analogues directly to U.S. customers in multiple cities across the country. He also operated at least two chemical plants in China that were capable of producing ton quantities of fentanyl and fentanyl analogues.

Yan monitored legislation and law enforcement activities in the United States and China, modifying the chemical structure of the fentanyl analogues he produced to evade prosecution in China. Over the course of the investigation, federal agents identified more than 100 distributors of synthetic opioids involved with Yan’s manufacturing and distribution networks. Federal investigations of the distributors are ongoing in 10 judicial districts, and investigators have traced illegal proceeds of the distribution network.

In addition, law enforcement agents intercepted packages mailed from Yan’s Internet pharmaceutical companies, seizing multiple kilograms of suspected acetyl fentanyl, potentially enough for thousands of lethal doses. If convicted, Yan faces a maximum sentence of 20 years in prison, a $1 million fine and three years of supervised release. The public is reminded that an indictment is merely a charge and should not be considered as evidence of guilt. A defendant is presumed innocent until proven guilty in a court of law.

The White House, through the Office of National Drug Control Policy (ONDCP), unveiled a series of private-sector advisories yesterday to help domestic and foreign businesses better protect themselves and their supply chains from inadvertent fentanyl trafficking, explain how fentanyl traffickers exploit their businesses and their supply chains to move and market deadly drugs, and foster deeper public-private collaboration to curb the production and sale of illicit fentanyl, fentanyl analogues, and other synthetic opioids.

The ONDCP advisories are focused on four facets of the trafficking of illicit fentanyl, fentanyl analogues, and synthetic opioids destined for the United States: manufacturing, marketing, movement, and money. Links to each of the advisories, along with a summary can be accessed below.

• Marketing: Raises awareness about the marketing and sale of illicit fentanyl via vulnerable and unsuspecting private-sector digital platforms, including social media, e-commerce sites, and online forums.

• Movement: Increases awareness about the entities at each stage of the illicit fentanyl and synthetic opioids supply chain, including information that can help identify and prevent the movement of these deadly drugs into the United States and during domestic distribution.

• Money: Alerts financial institutions to help them detect and report on illicit financial schemes and money laundering mechanisms related to the trafficking of fentanyl, fentanyl analogues, and other synthetic opioids.

Man who did wheelies during police chase dies after…