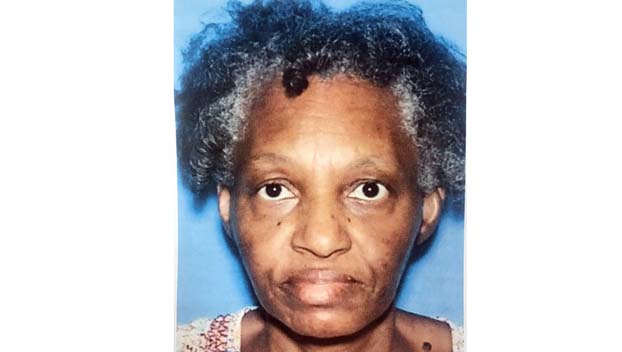 Lincoln County sheriff’s deputies are investigating the disappearance of a Bogue Chitto woman whose family hasn’t seen or talked to her in over a week.

Deputies are searching for Dianne Richardson McMorris, who lives at 952 Pecan Lane. McMorris, 60, is black, 5-foot-2 and weighs about 122 pounds.

Chief Deputy Johnny Hall Jr. said the woman’s son, who lives in Summit, contacted the sheriff’s office late Sunday night after hearing about a woman’s body found Saturday in Caseyville near the Franklin County line. In that case, deputies at the scene could not determine the woman’s race or age. The body, which had been exposed to the elements for several days, was sent to the state Crime Lab for an autopsy.

The son told deputies he and his sister normally talk to their mother a few times a week by phone, but have not heard from her in over a week. Hall said she was last seen by a family member Aug. 19.

Hall said McMorris’ missing person case may not be related to the case of the Jane Doe found on the edge of the Homochitto National Forest. He is asking for anyone with information about McMorris’ location to call either the Lincoln County Sheriff’s Office at 601-833-5231 or CrimeStoppers at 601-823-0150.