Police found 42 pounds of marijuana in his home, but he admitted to receiving 10 times more in mail 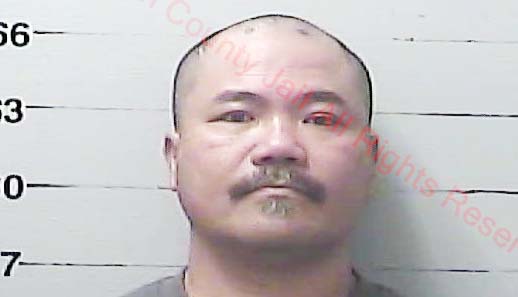 A Mississippi man will spend five years in prison for having a firearm while trafficking drugs.

Anh Viet Quach, 42, of D’Iberville, was sentenced yesterday by Senior U.S. District Judge Louis Guirola, Jr. to five years in prison, followed by five years of supervised release, for possession of a firearm in furtherance of a drug trafficking crime, announced U.S. Attorney Mike Hurst and Michelle A. Sutphin, Special Agent in Charge of the Federal Bureau of Investigation in Mississippi. Quach was also ordered to pay a $15,000 fine.

The Mississippi Bureau of Narcotics, working with the FBI Safe Streets Task Force, obtained information that an individual in D’Iberville was selling large quantities of high grade marijuana.

Following surveillance, agents approached Quach and obtained a search warrant for his home. They found approximately 42 pounds of high grade marijuana, $7,200 in cash, a currency counter, and a Beretta 9mm handgun. Quach admitted he received 420 pounds of marijuana by mail from California, which he sold for $2,800 per pound. Quach has prior gang-related felony convictions from California.

Quach’s federal sentence will be served consecutive to his sentence in Harrison County Circuit Court on the drug charges.

This case was investigated by the Mississippi Bureau of Narcotics and the Federal Bureau of Investigation. It was prosecuted by Assistant United States Attorney Annette Williams.