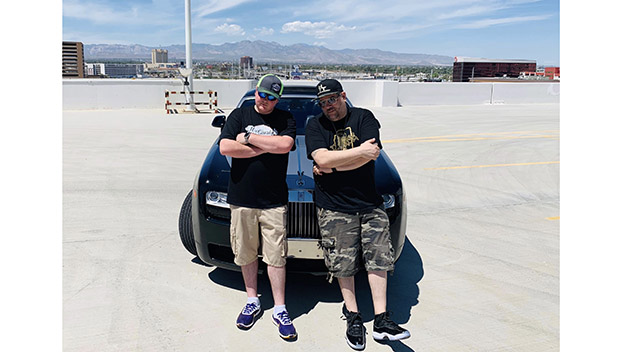 A Natchez country rap artist is getting his big break this September as the opening act for Lil Nas X — the creator of the hit song “Old Town Road” that held the top spot on Billboard’s Hot 100 chart for a record of 19 weeks.

Preston Williams, commonly known by his stage name “P-Lane,” announced Tuesday he would be opening during the Sandbox Music Festival Sept. 29 in Mesa, Arizona, where Lil Nas X would perform as the headlining act.

Williams said he is ready not only to show the world what P-Lane is made of but also to share some publicity for his hometown.

“This is what I was born to do,” Williams said. “It feels great to have this opportunity to show people what I’m all about and also what Natchez is all about. … I actually can’t express and put into words what a big deal this is to me and to Natchez. This show will reach every age group and every culture.”

Williams said he and the headlining artist share a common ground as “Old Town Road” had been knocked out of country music charts.

Williams said he and the P-Lane team have made it part of their mission to make country rap music an officially recognized genre in the music industry and have used a diverse network from across the nation to do so.

“This show is really going to be awesome for us,” Williams said. “P-Lane is working with big labels to make country rap an established genre because where I’m from, hip hop and country go hand in hand. Whether you’re at a bonfire or riding the back roads, they always go hand in hand.”