Deputies say man saw his ex-girlfriend with another man, pulled a gun and opened fire, killing one, injuring other 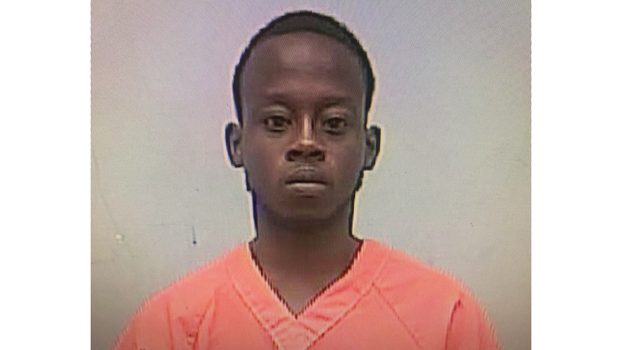 Adams County Sheriff’s Office investigators said they had a suspect in custody Saturday morning in connection to Friday night murder of a man and attempted murder of a woman.

“Randall is the ex-boyfriend of the victim LaRhonda Ware,” Patten said investigation revealed. “Randall and White had had words over the last couple of days.”

At approximately 10 p.m. Friday, Patten said, Randall drove his pickup truck to the vicinity of 16 Tasha Drive in Adams County.

“Randall showed up to scene with another person,” Patten said, “and he parked down the street and walked to 16 Tasha drive and saw LaRhonda and White in the yard and immediately opened fire on them.”

Deputies received the call at approximately 11 p.m. Friday, Patten said, and arrived to find White laid out on the ground with several bullet wounds to the upper body.

“The deputies then began CPR and had dispatch contact AMR to come to the scene,” Patten said. “While deputies were performing CPR on victim, they heard another victim sitting on the porch moaning had learned she had been shot multiple times as well.”

Ware was transported by ambulance to Merit Health Natchez with multiple gunshot wounds and was later flown to University Medical Center in Jackson where she was continuing to receive treatment Saturday afternoon, Patten said.

Adams County Coroner James Lee arrived on the scene and pronounced White dead at 12:40 a.m. Saturday from multiple gunshot wounds to the chest.

“These crimes continue to happen, and they put a burden on us all,” Lee said. “I pray for God’s intervention in these shooting. My deepest condolences to families involved.”

Investigation revealed Randall to be the suspect, Patten said.

“We were able to contact a family member of the suspect, Mr. Randall, who in turn helped law enforcement talk him in to turning himself in at ACSO,” Patten said. “The family member picked him up and brought him to us. Deputies were also able to locate a juvenile suspect who was taken into custody as well and transported to ACSO.”

Patten said the juvenile had not been charged as of Saturday afternoon and did not release the name, citing the juvenile status.

While Randall was being interviewed, Patten said some deputies returned to the scene of the shootings.

“While at the location they came across Randall’s pickup truck being driven from the scene,” Patten said. “Deputies tried to make a traffic stop but the vehicle refused to stop and a low-speed chase ensued. The driver lost control of the vehicle on MLK and bailed out of the vehicle and began running down the road. He was soon apprehended by deputies and transported to ACSO and charged with accessory after the fact of murder.”

The driver was identified as Jordan Rechard Thomas, 21, Patten said.

“This is an ongoing investigation and more arrests could be possible,” Patten said.

The shooting resulted from a domestic situation, Patten said, adding it was not believed to have been related to any other recent shootings in Natchez or Adams County.

“This is not a random act of violence,” Patten said. “All parties involved knew each other. It is a terrible situation, and it is sad to see how people have devalued life including their own. All the parties involved and their families lose when incidents like this occur. I want to send my thoughts and prayers to both families.”

Patten said he commends the men and women of the Adams County Sheriff’s Office for working through the night to apprehend the suspect, secure the scene, investigate and provide medical assistance to the victims.