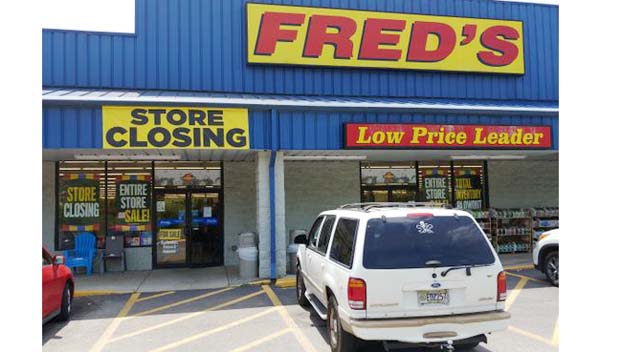 Discount retailer Fred’s filed for Chapter 11 bankruptcy Monday and said it plans to close all its remaining stores in the next 60 days.

The company had been in virtual free-fall for months with several rounds of store closures rolled out across the country.

Fred’s, Inc. (NASDAQ:FRED) filed for voluntary relief under Chapter 11 of the Bankruptcy Code in the U.S. Bankruptcy Court for the District of Delaware.

The Company is committed to ensuring an orderly wind-down of its operations, and has commenced liquidation sales at all retail locations, which are expected to close over the next 60 days. The Company expects to continue fulfilling pharmacy prescriptions at most of its pharmacy locations, while it continues to pursue the sale of its pharmacies as part of the court supervised proceedings.

“Despite our team’s best efforts, we were not able to avoid this outcome,” said Joe Anto, Chief Executive Officer at Fred’s. He continued, “I want to thank all of our employees for their hard work and continued support of the Company as we wind-down our operations.”

Prior to the cutting that began earlier this year, Fred’s had 568 stores in 15 states.

After successive rounds of massive cutting since, the company had only approximately 80 locations left open. The bankruptcy proceedings means those stores will close within the next 60 days.

The company said stores that were still operating with pharmacies would continue to fill customer prescriptions while stores were open. The company said it was working to find a buyer for the pharmacy business.