Look into the sky on Friday night and you’ll see a rare, Friday the 13th Harvest Moon 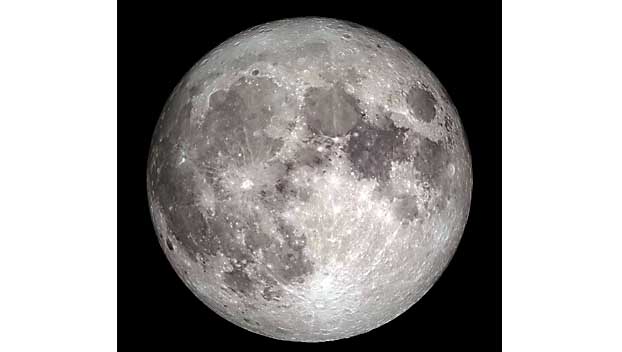 The Next Full Moon is the Harvest Moon, the Fruit Moon, the Barley Moon, the Corn Moon, the Mid-Autumn Festival Moon, the Chuseok Moon, the Modhu Purnima and the Binara Pura Pasalosvaka Poya.

The Moon will be full early Friday night, Sept. 13, 2019, appearing “opposite” the Sun (in Earth-based longitude) at 11:33 p.m. Central. The Moon will appear full for about three days centered around this time, from Thursday night through Sunday morning.

As the full Moon closest to the autumnal equinox (the end of summer and start of fall), this is the Harvest Moon. During the harvest season farmers sometimes need to work late into the night by the light of the Moon. Usually the full Moon rises an average of 50 minutes later each night, but for the few nights around the Harvest Moon, the Moon seems to rise at nearly the same time: just 25 to 30 minutes later across the northern U.S., and only 10 to 20 minutes later for much of Canada and Europe.

he Harvest Moon is an old European name for this full Moon; the Oxford English Dictionary cites the year 1706 for the first published use of the name. Since the Harvest Moon is not always in September, other European names for the full Moon in September are the Fruit Moon, as a number of fruits ripen as the end of Summer approaches, or the Barley Moon, from the harvesting and threshing of the barley.

In the 1930s the Maine Farmer’s Almanac first published full Moon names based on names used by the Algonquin tribes of what is now the northern and eastern United States. According to this almanac the full Moon in September or the last full Moon of summer is the Corn Moon, as this was the time for gathering their main staple crops of corn, pumpkins, squash, beans, and wild rice.

In China, Vietnam, and some other Asian countries, this full Moon corresponds with the Mid-Autumn Festival, a traditional harvest festival. In China, other names for this festival include the Moon Festival, the Mooncake Festival, and the Reunion Festival (traditionally women in China would visit their parents, then return to celebrate with their husbands and their parents). Part of the festival includes offerings to the Moon Goddess Chang’e (the name the China National Space Agency gives their lunar missions). In Korea, this full Moon corresponds with the harvest festival Chuseok, during which Koreans leave the cities to return to their traditional hometowns and pay respects to the spirits of their ancestors.

For some Buddhists in Bangladesh and Thailand, this full Moon is Modhu Purnima, the Honey Full Moon Festival, or the Honey-offering Festival, tied to a legend that an elephant and a monkey fed the Buddha when he was in the forest to bring peace between two factions, with the elephant offering fruit and the monkey offering a honeycomb. In Sri Lanka, this full Moon is the Binara Pura Pasalosvaka Poya Day, commemorating the establishment of the Buddhist Bikkhuni Order.

Newer names for this full Moon are GRAIL and LADEE, after two recent NASA lunar missions.
Newer names for this full Moon are the GRAIL Moon and the LADEE Moon. On September 10, 2011, the twin Gravity Recovery and Interior Laboratory (GRAIL) spacecraft started its voyage towards the Moon on a Delta II launch vehicle. On September 6, 2013, the Lunar Atmosphere and Dust Environment Explorer (LADEE) spacecraft started its journey to the Moon on a Minotaur V launch vehicle.

In lunisolar calendars the months change with the new Moon and full Moons fall in the middle of the lunar month. This full Moon is the middle of Elul in the Hebrew calendar. Elul is a time of preparation for the High Holy Days of Rosh Hashanah and Yom Kippur. Customs include granting and asking others for forgiveness as well as beginning or ending all letters with the wish that the recipient will have a good year.

In the Islamic calendar the months start with the first sighting of the waxing crescent Moon a few days after the New Moon. This full Moon is near the middle of Muharram, the first month of the Islamic year.

As usual, the wearing of suitably celebratory celestial attire is encouraged in honor of the full Moon. And you might want to gather your fruits, vegetables, and other staples; keep in touch with your family; remember your ancestors; ask for forgiveness; and let go of those old grudges. Here’s wishing you have a good year!