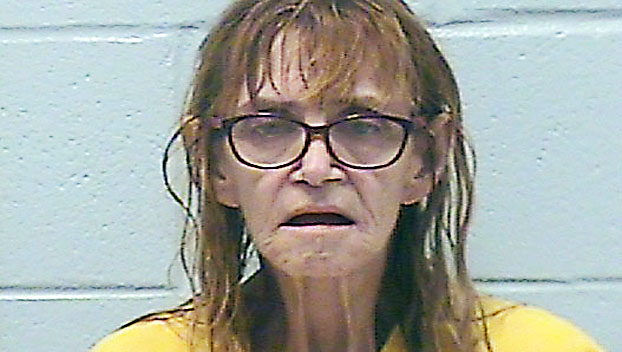 At the time of her arrest, she was out of jail on bond awaiting court proceedings on other drug charges.

Deputies said her two adult sons were charged in 2017 and 2018 on drug charges. Both are now serving sentences in state prison.

“When it comes to narcotics related crimes, it appears this bunch keeps it all in the family,” Pearl River Sheriff David Allison said. “We will not sit back and let these drug operations continue.”

Thigpen’s latest arrest came as a result of a traffic stop, Allison said.

On Aug. 23, narcotics investigators conducted a stop on a vehicle in the 2000 block of Highway 11 South in Nicholson because they were aware that the driver, 44-year-old James Lavigne Jr., of 16 Sam Wallace Rd., Carriere, had an outstanding warrant and a protection order that needed to be served, Allison said.

A check of his record also found that Lavigne was driving on a suspended license. After confirming the warrants were active, Lavigne was arrested, Allison said.

Thipen, of 20 Davis Dawsey Road, was an passenger in the vehicle. She was found in possession of a distribution amount of heroin. She was arrested for possession of heroin with intent to distribute.

Later that night, a search of her home was conducted where the investigators found a felony amount of marijuana, leading to her additional arrest for felony possession of marijuana with intent to distribute.

Allison said that at the time of her arrest, Thigpen was out on bond for a previous arrest that occurred on Aug. 11, also for drug offenses. Her previous bond was revoked as a result.

According to previous coverage, that arrest was also the result of a traffic violation. During that stop the deputies picked up clues that narcotics could be inside the vehicle, leading to heroin being found on one of the individuals.

Allison said that Thigpen is the mother of Richard Alan “Dicky” Thigpen, who pleaded guilty in 2017 to 15 years in prison as a habitual offender while facing a charge of sale of a controlled substance and possession of heroin with intent to distribute, Allison said. “Dicky” Thigpen was 35 at the time of his arrest in 2016, previous coverage states.

She is also the mother of Michael Shane Penton, the sheriff said. Penton was 39 at the time of his 2018 arrest for possessing methamphetamine, heroin, marijuana, prescription medication, digital scales and packaging material typically used in the resale of narcotics, previous coverage states. That arrest stemmed from a home inspection conducted by agents with the Mississippi Department of corrections with assistance from the Pearl River County Sheriff’s Department personnel.

Allison said he would like to thank his investigators and patrol deputies for their hard work in fighting the distribution of drugs within Pearl River County and the agents with MDOC for allowing his staff to assist in the home inspections.