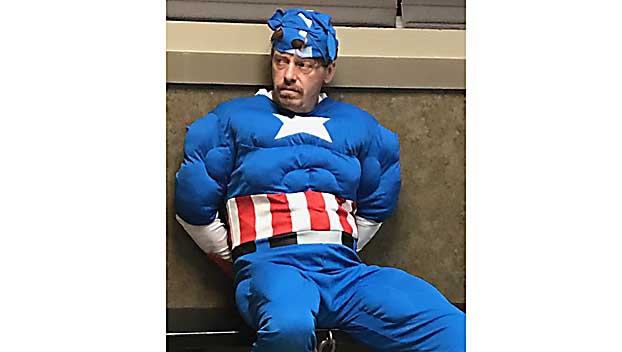 It’s difficult to fathom what may have caused a Mississippi man to put on superhero costume and wings in the middle of September and go rummaging around the but police say the man, dressed as Captain America, is a thief.

A homeowner in Clarksdale, Mississippi, was alerted by a burglar alarm at approximately 3 a.m. on September 10, that something nefarious was going on outside his house.

The resident, who is a former U.S. Marine and corrections officer, grabbed a handgun and went outside to investigate.

He may have done a double-take when he spotted David Hobbs, 36, dressed from head-to-toe in a Captain America costume, breaking into a shed with a pipe.

He called the police who arrested Hobbs and charged him with burglary.

Accused Mississippi Walmart shooter will not fight extradition back…