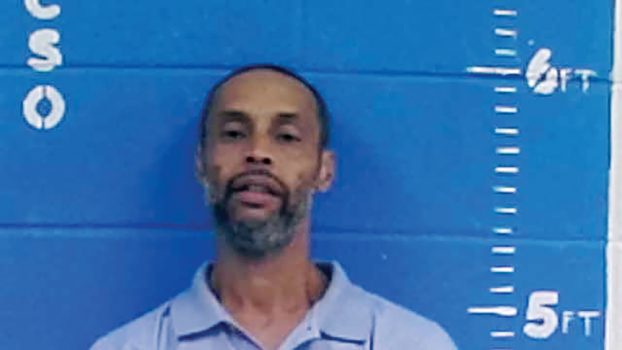 A Brookhaven man accused of doing after-hours shopping in a church-run thrift store was arrested on charges of auto burglary and burglary of a business Friday night. He was nabbed, police say, because of his tattoos.

Police were searching for an individual who allegedly broke into Episcopal Church of the Redeemer’s Angels Attic around 2:50 a.m. Thursday, when a caller Friday night directed them to a man sitting behind the steering wheel of a parked car.

They found Shawn Brooks, 46, of Brooks Apartments, in a car parked behind the WIN Job Center on Brookway Boulevard and he was brought in for questioning, said Brookhaven Police Chief Kenneth Collins.

Police had video surveillance footage of the burglary at Angels Attic, and it shows a suspect with his face covered up picking up various items within the store, causing damage and taking money.

At the station, Sgt. Kevin Thompson noticed tattoos on Brooks’ arms and detective LaToya Beacham pulled up the video of the Angels Attic burglary.

“The tattoos matched up with the video,” Collins said.

After questioning, Brooks was charged with burglary of the thrift store and also vehicle burglary, he said.

Police Capt. Clint Earls said the cash register at the thrift store was damaged and a portion of the register was taken along with an undisclosed amount of cash. A few other items from the church-run thrift store were also taken, he said.