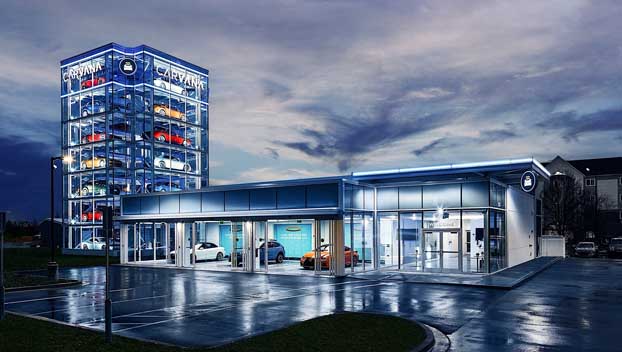 If you’ve ever seen one of the Carvana car vending machines on television and thought, “How does that work?” you’ll soon have a chance to see first-hand as one of the machine is scheduled to be installed in a neighboring state.

And while that’s cool, it’s not the biggest news coming from the e-commerce car seller.

“Carvana is an upstart company that is changing the used car industry through technology and great customer service,” said Gov. Asa Hutchinson. “That’s just the sort of business model we have sought in our recruiting efforts, and we’re pleased to see these high-paying jobs coming to the Delta.”

The Arizona-based company prides itself on being “The New Way to Buy a Car,” providing an easy, intuitive online purchasing option for car buyers, powered by technology and an exceptional customer experience.

Customers can shop more than 15,000 vehicles on Carvana.com, finance, purchase, trade-in an existing vehicle, and schedule as-soon-as-next-day delivery or pick up at one of the company’s signature, patented Car Vending Machines.

Carvana inspection centers – like the facility planned in West Memphis – are where Carvana’s inventory is inspected, reconditioned, photographed and stored. Vehicles undergo a rigorous, 150-point inspection, have never been in a reported accident and have no frame damage, and only then do they become Carvana Certified.

“Carvana has been growing extremely rapidly over the last several years and we are working to bring The New Way to Buy a Car to even more customers all the time,” said Carvana’s Director, Infrastructure Development & Operations, Benjamin Morens. “As part of our efforts to scale the business, we’re looking forward to working with West Memphis and the state of Arkansas to open a vehicle inspection and reconditioning center, and become a member of the West Memphis community.”

“The Carvana facility will undoubtedly create national buzz,” said Commerce Secretary Mike Preston. “That will allow us to showcase the city and state in a way that will put Arkansas on the forefront of even more opportunities.”