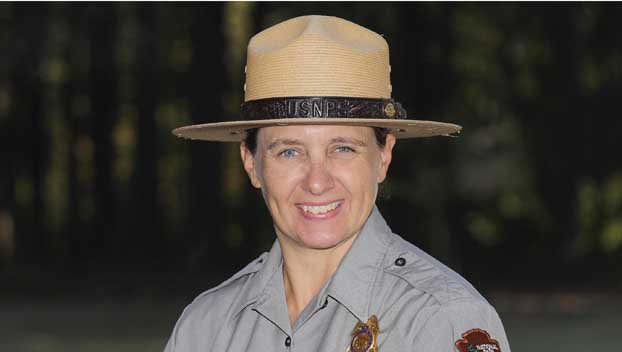 The Billings Gazette reports Sarah Davis, a native of Lexington, North Carolina, will become the 18th chief ranger in the more than 100 years the park has been managed by the National Park Service. She will start her new role in December.

Davis, whose official title is Chief of Resource and Visitor Protection, has worked for the National Park Service for two decades. Since 2012, she has been chief ranger at Natchez Trace Parkway, a 444-mile scenic drive through Alabama, Mississippi and Tennessee.

“It is an honor and privilege to be selected for this position,” said Davis. “I’m excited to join the Yellowstone team, and work together to protect our first national park and its visitors, and ensure the health, safety, and wellness of our employees.”

A native of Lexington, North Carolina, Davis has a Bachelor of Arts in History from Denison University in Granville, Ohio, and graduated from the Federal Bureau of Investigations National Academy in 2013.

She and her two dogs, Eleanor Roosevelt (aka Ellie) and Ginny will settle in Yellowstone by mid-December.