Man and his dog killed in early morning house fire 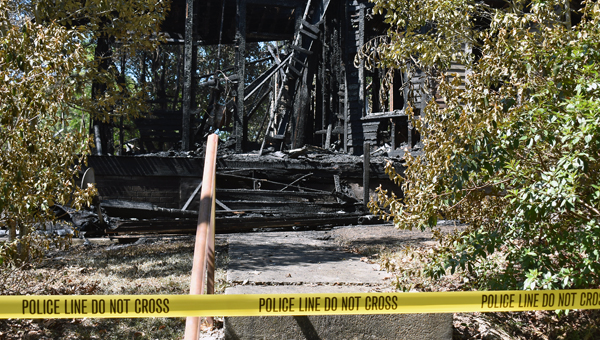 The victim, Green said, was most likely Rusty Lewis, the occupant of the house, whose body was believed to have been the one found along with the body of a dog in the rubble after the fire was extinguished.

“It was a bad house fire,” Green said of the fire that was reported at 12:30 a.m. at Lumber and Rembert streets. “It was right by the historic Sunnyside house.”

Green said the house was fully involved by the time firefighters arrived.

“You could see it up in the sky from City Hall,” Green said. “It was a single story house but it was pretty tall.”

Green said a vehicle was at the house, which is usually an indication to firefighters that an occupant is home.

Once the fire was extinguished, Green said, firefighters combed through the rubble for approximately two and half hours until they found the body that is believed to be that of Lewis, the occupant of the house, according to neighbors.

“We aren’t able to ID him,” Adams County Coroner James Lee said, due to the condition of the body. “We are going to have to use dental records or DNA on next of kin.”

Lee said the body has been transported to Jackson for an autopsy.

“This was a horrible fire,” Lee said. “He had his dog lying right next to him. Must have been a loyal dog. It is a terrible tragedy.”

Green said firefighters were on the scene until approximately 8:30 a.m. Tuesday and preliminary investigation from local and state fire marshals indicate the fire started in the kitchen, which is right next to the bedroom.

“I guess he left the stove on and unattended,” Green said.

No other people were at the house where Lewis lived alone, Green said.

“I want to give a hats off to the firefighters,” Green said, “who did a tremendous job under the circumstances. It was a fire of great magnitude and they were able to keep it contained and did not give up. We were at least able to bring closure to the situation.”