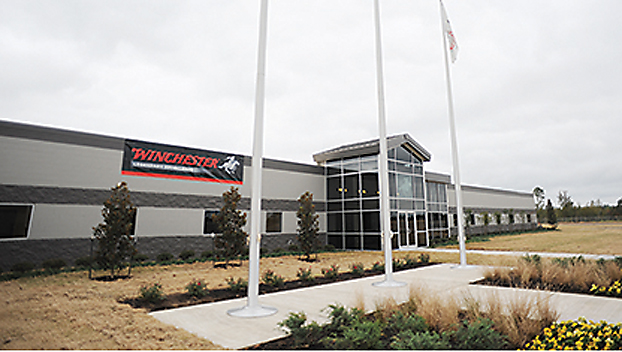 Winchester Ammunition's Centerfire Ammunition Plant in Oxford, Miss. on Wednesday, October 12, 2011. The expansion of Winchester's Mississippi operations is expected to create nearly 1,000 new jobs either directly or indirectly in Oxford by 2016 when the plant is fully operational.

The world leader in ammunition manufacturing is expanding its 50-caliber capacity to better meet global demand for 50-caliber military products.

Winchester’s decision to expand is Oxford’s gain, with the announcement of the added 50-caliber capacity being manufactured in the company’s Oxford facility. The company made the announcement earlier this week.

The expanded 50-caliber ammunition should be available to ship to U.S. military installations around the world by middle to late 2020.

The ammunition manufacturer opened its plant in Oxford in 2005, and then expanded it with a $100 million plant that added 1,000 jobs to the plant’s already 300 employees. It initially began manufacturing .22 caliber rimfire ammunition and industrial power tool loads.

Winchester was founded over 150 years ago and is based in Illinois. It is the largest commercial manufacturer of small-caliber ammunition for the U.S. military, providing advanced small caliber capabilities to the American warfighter with state-of-the-art manufacturing and engineering expertise.

A request for further comment from Winchester regarding the ammunition expansion, and if it will bring in new jobs, was not returned.