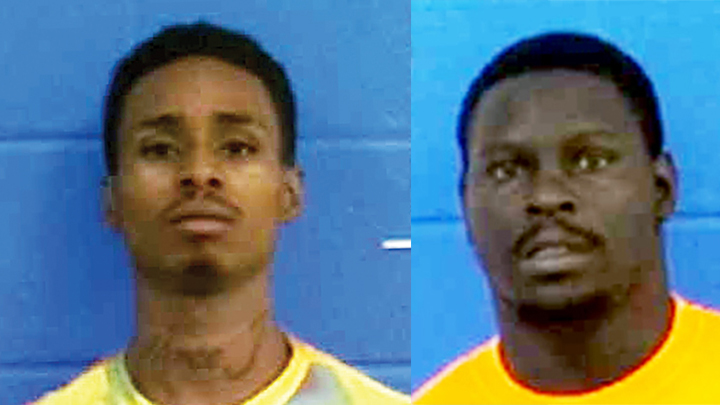 Two men and a 15-year-old boy, all from Brookhaven, are charged with attempted murder in what authorities believe could have been an execution-style shooting if police had not arrived in time to stop it.

“I believe he was going to kill him,” Brookhaven Police Chief Kenneth Collins said of the teenager, who is charged as an adult.

Jakeish Auswume Parker, 24, of East Cherokee Street, and Brandon DeJuan Smith, 15, of Martin Luther King Jr. Drive, were arrested Sunday on charges of attempting to commit an offense. Ricky Parker, 26, of Crooked Lane, was arrested Monday on the same charges.

Each is in Lincoln County Jail under a $1 million bond according to jail records.

Collins said the incident began after a house on Jennifer Street was burglarized three times over the weekend starting Friday night. A former acquaintance of the alleged burglars called the homeowner and identified the perpetrators, he said.

On Sunday, just before 2 p.m., Jakeish Parker and Smith cornered the informer, a former acquaintance of theirs, at the convenience store at the corner of West Congress Street and Union Church Road/Hwy. 550, he said. The store is diagonally across from Brookhaven First Church of the Nazarene.

Collins, who viewed security footage from the convenience store cameras, said Parker ordered the man to his knees at gunpoint, but the man was able to get the gun away from Parker and fired a shot into the air.

“He said he didn’t want to shoot nobody, just wanted to get them off of him,” Collins said. “Ricky Parker, meanwhile, had pulled up. Ricky then gets the gun from that person and hands it to Brandon Smith. Once Brandon got the gun, he pointed and aimed it (at the man) and advised him he would shoot, but they heard the police coming. When they heard the police coming, they began to run and leave the area.”

Collins said he believes Smith would have killed the man if officers had not arrived.

“They took off. They heard the sirens,” he said.

“Ever since I’ve known Brandon Smith he’s been in trouble. I tried to talk to Mike Mike (brother) before he went to prison. I talked to Brandon all the time trying to get him to change,” he said. “But, you’ve got people that won’t go to school, that won’t work. They’re going to rob, steal, or kill to survive. And I’m not going to let them terrorize the citizens of this town. I don’t care who you are. If you’re breaking the law in Brookhaven, we’re not going to stop until we arrest you.”

Collins said he is sympathetic to Smith’s mother.

“I’m sorry to the mother. I’m sorry about both of your sons. I did my best to help them,” he said.