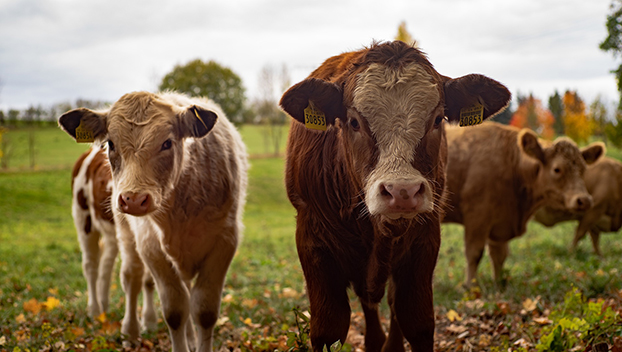 Two Mississippi men face up to 10 years in jail and up to a $10,000 fine after being charged with stealing cows in the dark of night in Benton County.

The Mississippi Agricultural and Livestock Theft Bureau made the arrests and recovered the cattle after a Benton County cattleman contacted the agency on Oct. 9 to report a lock had been cut from his gate during the night and cattle were stolen from his pasture. On Oct. 13, at least four expensive show cows were stolen from another nearbyfarm.

According to news outlets, MALTB and the Union County Sheriff’s Office helped identify the two suspects.

Each suspect posted a $20,000 bond. Bolden is currently on parole from the Mississippi Department of Corrections on previous charges.

The suspects reportedly had no connection to the victims and it appears as if the cattle were randomly selected. Cows were recovered from a farm in Tennessee and from a Union County farm.

The suspects are charged with cattle theft and grand larceny, a felony in Mississippi, and if found guilty will be subject to up to ten years in the custody of Mississippi Department of Corrections and up to a $10,000 fine. Also, restitution to the victims can be ordered.

The investigation is ongoing to determine if additional suspects were involved in the crimes.

The Mississippi Agricultural and Livestock Theft Bureau enforces state laws pertaining to the theft of cattle, horses, swine, poultry, fish, farm equipment, chemicals, timber and all other farm or agriculture-related crimes. To report or provide information regarding an agricultural crime, call (800) 678-2660.