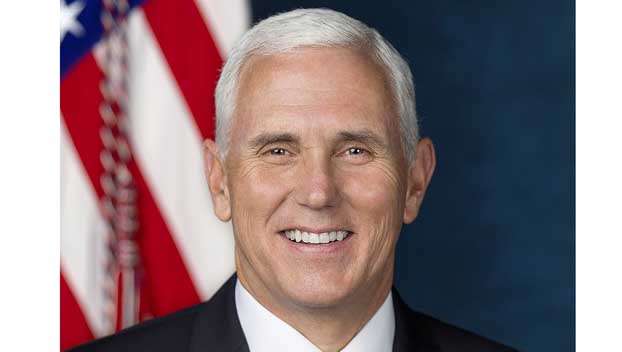 A spokeswoman for Vice President Mike Pence says he will campaign in Mississippi for the Republican nominee for governor.

Katie Waldman confirmed to The Associated Press on Friday that Pence will speak at a Tate Reeves rally on the Mississippi Gulf Coast on Nov. 4. That is the day before the election.

Reeves is the second-term lieutenant governor. He faces Democrat Jim Hood, who is the fourth-term attorney general. Two other candidates are running low-budget campaigns. The winner will succeed Republican Gov. Phil Bryant, who is limited to two terms.

President Donald Trump is holding a rally Nov. 1 in the north Mississippi city of Tupelo. His son, Donald Trump Jr., campaigned with Reeves on Thursday at two events in Mississippi.