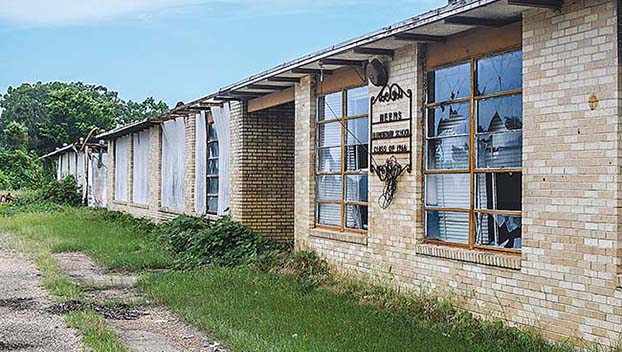 The site where a building that served the African-American schoolchildren of Taylor once stood will now be place that all people of Taylor, and Lafayette County, can enjoy.

During Monday’s Board of Supervisor’s meeting, a proposed park at the site of the former Weems Elementary School was approved. A lease with newly-formed nonprofit group Taylor Park Recreation approved the use of three of the property’s nine acres to be transformed into a new town park.

Last May, the Supervisors approved the demolition of the old school building following a fire that damaged most of the structure in March 2018. The fire is assumed to have been started by someone who was living in the building in an attempt to keep warm.

“We were approached by some community leaders about building a park where that school was,” District 3 supervisor David Rikard said. “This has been a project that has probably been going on for probably about a year and a half to two years. There’s been a lot of meetings and a lot of hard work. We’ve gotten all the documentation in place, and we’re ready to move forward.”

Mississippi public schools were officially integrated in the 1969-1970 school year, shuttering many African-American schools that had once been active parts of their respective communities.

One such school was Weems Elementary, which was located half a mile from the current Taylor Community Center, on County Road 343 in Taylor. The school was named after its principal, M.W. Weems, and taught African-American students from first through eighth grades from 1961 to 1969.

The project will be structured in phases to allow time for funding to be received. The park will include a walking trail, a pavilion and a playground area.

“It’s going to be a real nice area for the community and going to be open for Lafayette County for anyone to use,” Rikard said.

The agreement between the County and Taylor Park Recreation is to lease the property for $1 a year, and funds to construct the park will be raised by the nonprofit Taylor Parks Recreation group.