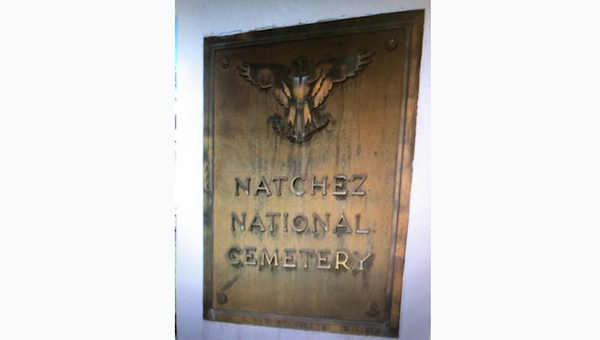 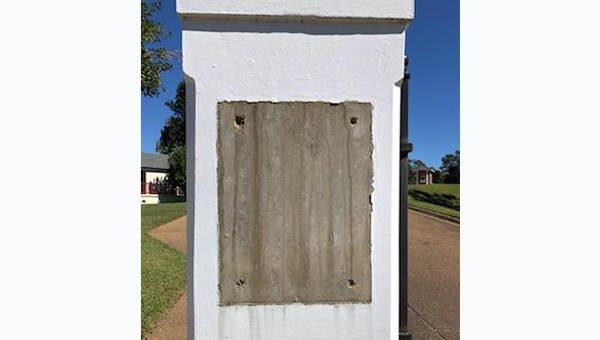 A bronze marker outside the Natchez National Cemetery was reported stolen Thursday after an apparent vandalism.

“We identified it as missing today, contacted the Natchez Police Department and reported the vandalism and theft,” Winkler said. “On one side of the entrance you have the U.S. Department of Veterans Affairs plaque and across the way you had a same-style Natchez National Cemetery plaque. They pulled the bolts holding that together out of the wall — defacing our national shrine.”

The cemetery, established in 1866, encompasses more than 25 acres and thousands of buried U.S. soldiers, Winkler said. The sign was posted outside of the site in 1930 and is approximately 18 inches wide and 24 inches tall and weighs between 30 and 50 pounds, Winkler said.

Winkler said the cemetery is open 24 hours a day and seven days a week for visitation.

“It’s such an unfortunate event to take place,” Winkler said. “That type of vandalism, for veterans especially, is just reprehensible.”