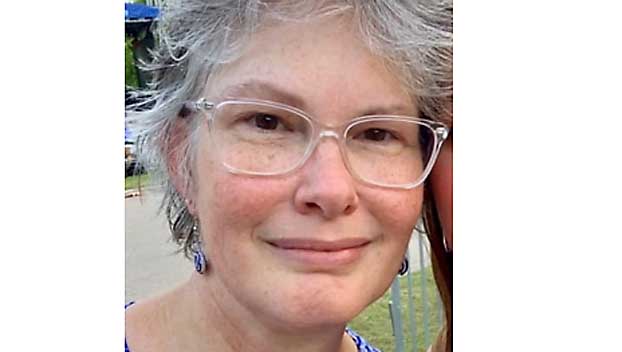 A woman who vanished on a visit to Sequoia National Park in California was spotted by a low-flying aircraft rescue crew after she spelled S-O-S with rocks in a forest clearing, authorities said Tuesday.

Mary Joanna Gomez of Jackson, Mississippi, was cold, thirsty and hungry but otherwise in good health when she was found Monday after three days in the southern Sierra Nevada wilderness, the National Park Service said.

“I am a little cut and bruised and regaining my strength, but I’m very fortunate to be in as good a condition as I am,” the statement said. “My priority now is spending time with my family.”

Crew members aboard a California Air National Guard C-130 aircraft had searched for hours from a high altitude using infrared technology — with no luck.

“We elected to switch to an old school method, and that’s with eyeballs,” Lt. Col. David Weidman said.

After making multiple passes at around 1,000 feet (305 meters), Weidman’s co-pilot spotted the S-O-S spelled out in a rock formation on the ground at least 6 feet by 18 feet (2 meters by 5.5 meters) across, Weidman said.

“We were thrilled,” Weidman said.

The aircraft crew sent coordinates to officials on the ground, who eventually sent a helicopter crew in to pluck Gomez out of the woods. In the meantime, Weidman and his crew circled the area.

“I wanted her to know that we’re here and we’re not leaving until she’s safe,” Weidman said.

Gomez was found off-trail about 3½ miles (5.6 kilometers) across rocky terrain from where her car was discovered over the weekend, Park Service spokeswoman Sintia Kawasaki-Yee said.

“She was trying to see as much as she could at the end of her day, and in trying to rush and see the sunset, she got a little disoriented,” Kawasaki-Yee said.

Gomez made it easy for rescuers to spot her by finding a clearing in the trees and then staying put, she said.

“She’s alive today because she did that,” Weidman agreed. “We don’t see this too often at all, unfortunately. Usually lost hikers keep hiking.”

Gomez, who’s a traveling nurse based in San Francisco, had been visiting nearby Kings Canyon National Park and told her family on Thursday that she intended to visit Sequoia. She was reported missing on Friday by her family after not showing up for a work shift.

“The outcome was definitely what we prayed for,” her daughter, Emily Gomez, said in a statement.